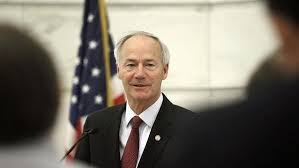 LITTLE ROCK, Ark. — Governor Hutchinson hit on a lot of topics in his last update before the Christmas holiday, Officials again are encouraged Arkansans to use caution, the state announced they will use more caution as well with a new directive.

Governor Asa Hutchinson issued a new directive on Tuesday. This new one says that any indoor event with more than 10 people in has to be approved by the department of health.

The governor emphasizes it is not a ban on indoor events.

“It just simply means you have to have a good plan approved by the department of health to make sure it’s safe and that you have your distancing you have your mask requirements and the other things that are necessary,” said Governor Hutchinson.

Things that already have separate mandates like restaurants and sporting events will not be subject to this new directive that runs from January 2nd to March 1st.

“We have all kinds of mandates and restrictions that are in place.” said Governor Hutchinson.

Baptist Health will expand its bed capacity by 124 and include ICU capabilities.

On their Little Rock and Van Buren campuses, the project is estimated to cost $7.4M, but the state is hoping that 80-percent will be covered by FEMA.

“We have to be ready for whatever comes in January it is my hope that we will build this out and we will not have to utilize those beds for Covid patients.” said Gov. Hutchinson

The CDC listed several industries but also said they can be adjusted to meet the needs of states.

“I want to have Dr. Dillaha and a vaccine committee listen to and have that considered by all the impacted populations in Arkansas so they can comment on it as well,” said Gov. Hutchinson.

100 Arkansans died from Covid-19 over the weekend