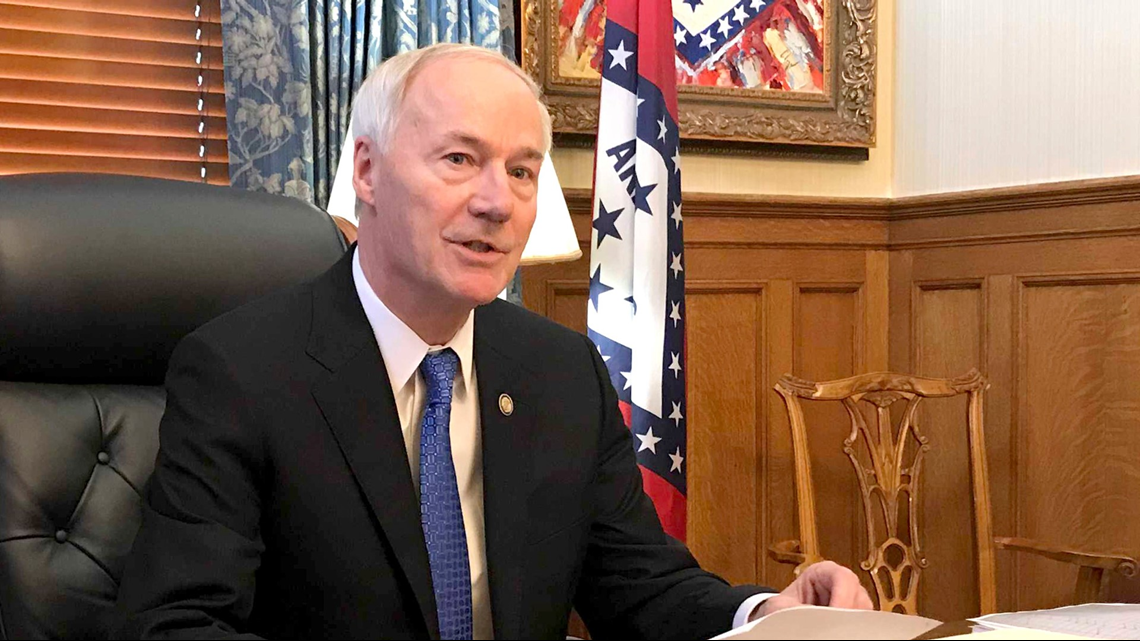 In return, the two-turn Republican challenged lawmakers to avoid creating “fear” about the decision to allow vetted refugees to relocate to places in northwest Arkansas as part of a plan announced by the Trump Administration last September.

“A refugee coming to America is not an illegal entry,” the governor said in his opening statement. “This was an executive branch decision that I was called upon to make.”

Hutchinson explained to the legislative committee that fewer than 50 refugees will be resettled in Washington County if the White House made the request. It was the timing of the announcement – two days before Christmas – that played a part in raising alarm among ardent supporters of the president statewide.

“During the Christmas holidays, I literally received dozens if not hundreds of calls, texts, emails and Facebook messages,” said state senator Trent Garner (R – El Dorado) who teamed with committee chair state senator Gary Stubblefield (R – Branch) to get the governor to what is normally a sleepy Monday meeting.

“While I appreciate the governor coming and I think he answered some of the questions I think he added more questions than what we had,” Garner said.

Arkansas is among 42 states that have said they will continue to accept refugees since the Trump administration issued order that gave state and local governments the authority to refuse to accept them for the first time in history.

That local component is part of what led Garner to back off his criticism of the governor and focus on city and county officials.

“If you have an opinion about the resettlement of refugees in your area, call your county officials and your mayors,” he said. “Let your quorum court and city council members know.”

In a reversal of typical roles, Democratic-leaning advocates cheered the governor’s remarks while conservative supporters applauded Garner and Stubblefield and their pointed questions to Hutchinson.

“Each of you are leaders in your community,” the governor said. “You’ve got a choice to make. You can create fear or you can help resolve fear.”

“We are glad the governor helped dispel some of the myths out there,” said Emily Crane Linn, with Canopy Northwest Arkansas, a non-profit that helps refugees settle into new homes upon arrival. “They come here with the American Dream alive and well and burning in their hearts.”

Other advocates echoed the governor at a news conference following his remarks, countering assertions by some that refugees put a drain on state and federal resources.

“He feels very comfortable and confident in recognizing refugees to this state,” said Rev. Clint Schnekloth, a pastor of Good Shepherd Lutheran Church in Fayetteville. “He also shows that they bring a large net benefit.”

The governor said the Washington County judge and the mayors of Fayetteville and Springdale have agreed to accept refugees. That local approval process is the subject of federal lawsuits in other parts of the country. Advocates for refugees say the component gives local officials a “veto” over a federal program.
Related Topics:
Up Next