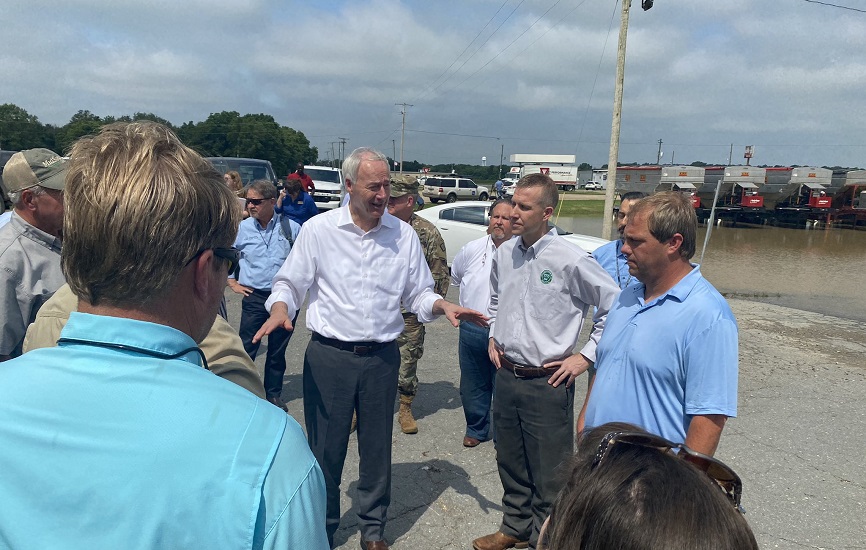 Parts of southeast Arkansas were hit by heavy rain in the last couple of days and reported more than foot this week.

According to Governor, Desha, Arkansas, Lincoln and Drew Counties are the most hit areas by the flood damage. The pandemic is still not over and now we see new flooding in the state.

“I wanted to see personally what, even though some of it has receded, the tens of thousands of acres that have clearly been lost in terms of our farm production,” Hutchinson said.

“It was gut-wrenching because it really tests your fortitude whenever you see these losses and you know what the farmers are going through,” he told reporters.

The Governor was surveying the area with helicopter and said that the damages are more than visible even from up there.

“When you get close to Dumas and Desha County, you see water inundating the fields,” he noted.

Although more than $10 million were invested since the 2019 flooding in repairing the levee system, these heavy rains are hard to prevent he added.

More than 200 home damages reported in Dumas, the number to rise