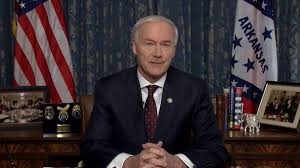 LITTLE ROCK, Ark. — At this afternoon’s press conference, the Governor breaking down the details of yesterday’s spike, saying that with contact tracing, over half of the positive results were tracked down, 24% of those were connected to the previous cases and 37 cases were spread among employees of some businesses.

Only 4 cases were connected to people going to restaurants or gyms since the reopening began. “Yesterday number that was a very high number that was 450 I believe It was, doctor smith tells me that they have traced already 61% of that number from yesterday. This is great news as to the enhanced capabilities of contacting and tracing, and knowing where these numbers are coming from”

With those testing results, the governor pushing ahead with reopening measures and hoping to keep unemployment numbers as low as they are compared to the national numbers.