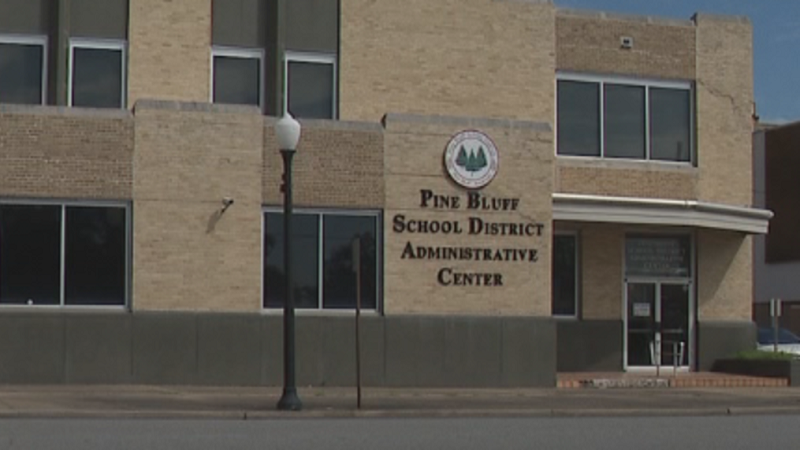 Pine Bluff, Arkansas – Some staff members in the Pine Bluff School District reported to the Arkansas Education Association about their concerns with not receiving back pay.

More than 30 staff members with the district at the Pine Bluff Convention Center met with one AEA representative to hear their issues and concerns.

Since 2019, PBSD has been under state control. According to officials, any issues are ultimately the Arkansas Department of Education’s responsibility.

According to officials with AEA, the transportation department has not received back pay approved in an agreement last year. They said the superintendent was out on FMLA, and the person filling in for her refused to honor the agreement.

In addition, the salary schedule for bus drivers has 25 steps, but there are employees who have worked there more than 25 years and are stuck on the 7th step and have been for more than a decade, according to the AEA. They said step 7 salary is $24,417 while step 25 is $28,467.

According to officials with the AEA, five grievances have already been filed concerning those issues, and more may be on the way.

The district’s superintendent, Warren said she wasn’t invited to the AEA meeting on Wednesday night, but she is aware it was taking place. She told she doesn’t have any knowledge on the back pay concerns.

“Yes, I understand that our district’s AEA members have been given an opportunity to meet with AEA this evening at the convention center. I don’t know the agenda or the topics to be discussed, however, it is always good for your advocacy organization you pay dues into to come and see about you. I am looking forward to hearing about takeaways from the meeting and hopefully speaking with the area AEA Representative and others in the near future. I am accustomed to having good relationships with my Personnel Policy Committees down through the years. So, I know we can work together to address any concerns and meet any need if we continue to work together.”