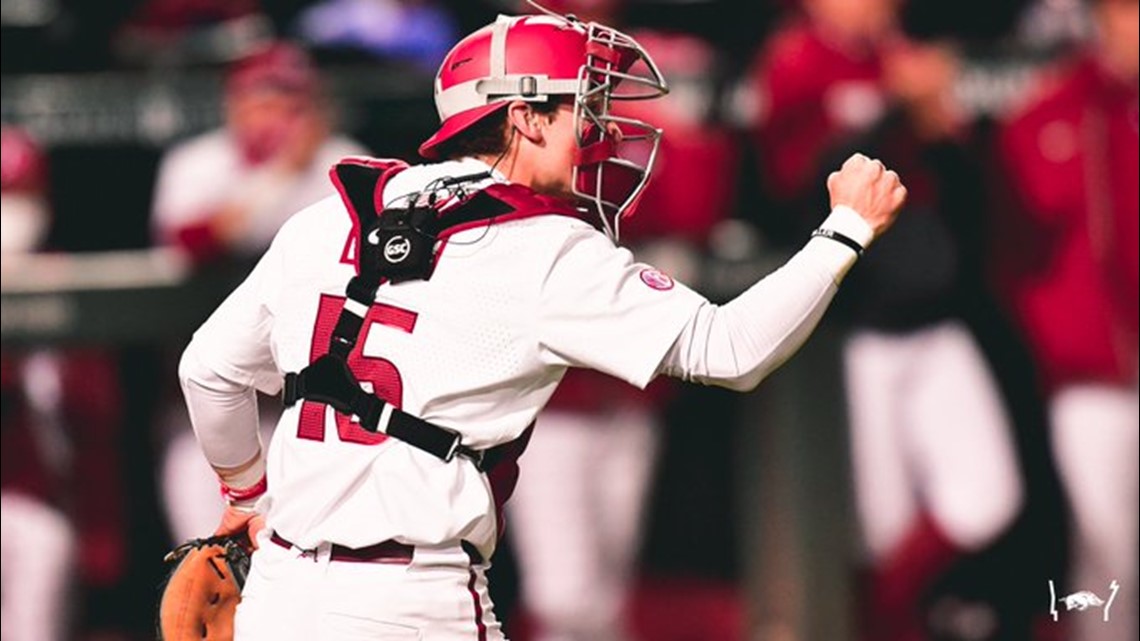 FAYETTEVILLE, Ark. — On Tuesday #2 Arkansas opened its two game series with Memphis knocking off the Tigers, 14-1. After losing three straight the Hogs have now won three in a row.

Cayden Wallace would bring in the games first run with an RBI single in the bottom of the first. Arkansas would strike for three more in the second, thanks in large part to a Charlie Welch two run single.’

Braydon Webb would hit a solo home run in the bottom of the eighth, followed by a Wallace two run homer. Arkansas broke the game open it was 8-1.

Jacob Nesbit would hit a grand slam later in the innings. Arkansas put up nine runs in the eighth inning.

Caleb Bolden made his return to the rotation allowing just one earned run in four plus innings.

Arkansas and Memphis will finish their quick series Wednesday at 3 p.m.