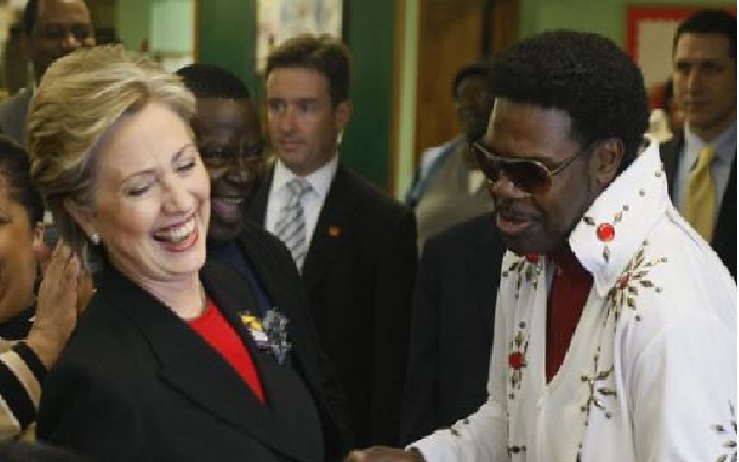 Little Rock, Arkansas – Dwayne Turner performed as “Belvis”(Black Elvis) for years around Little Rock is a victim of homicide.

He drew some national attention from the Wall Street Journal when he endorsed Hillary Clinton for President in 2008.

He was discovered on the front porch of a home in the 1300 block of West 13th Street on Wednesday.

Richardson is expected to face a capital murder charge.