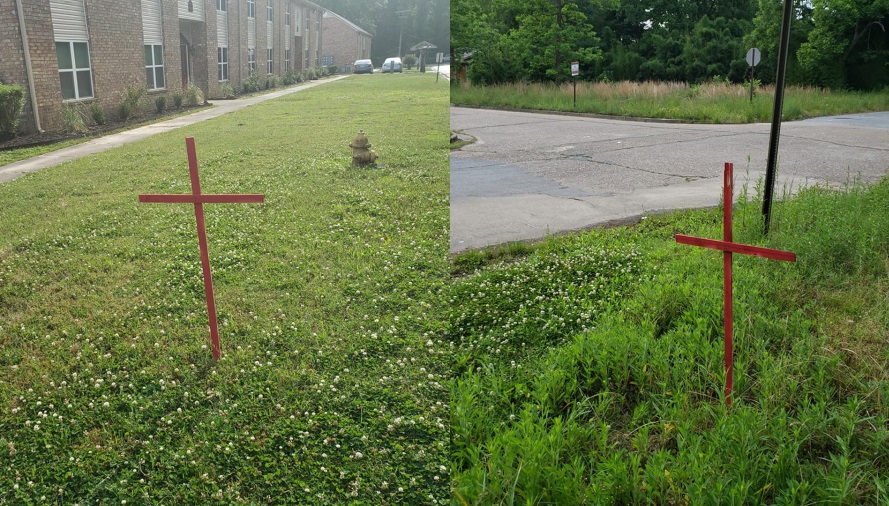 Pine Bluff, Arkansas – There have been four homicides in Pine Bluff last week and locals are asking police to do more on the street and somehow stop this rising trend in violent crimes.

Pastors in the city put their effort these victims never to be forgotten. Reverend Jesse C. Turner is one of them. He is president of the Pine Bluff Faith Community Coalition Ministerial Alliance and has dedicated his whole life preaching peace and hope.

“The blood is running in the streets here,” Reverend Jesse C. Turner said.

Locals are outraged and furious following the multiple shootings last week and Turner says finding peace in such a situation is tough for some.

“It is disturbing. It is outrageous. It is something that begs for us as a community to step up,” Turner said.

Turner is calling his fellow pastors to help him placing crosses around the city for every victim. They want to make this a tradition in Pine Bluff, hoping people to notice the symbols of the senseless violence.

“It’s too much of that going on and we don’t want anyone to forget it. We have to take a stand,” Reverend William Shaw Jr. said. “We have to do whatever we have to do to stop these homicides in our city.”

Turner and other local pastors will host an event in the Donald W. Reynolds Community Services Center on July 8th starting 3 p.m. to discuss the latest violent events with the community.