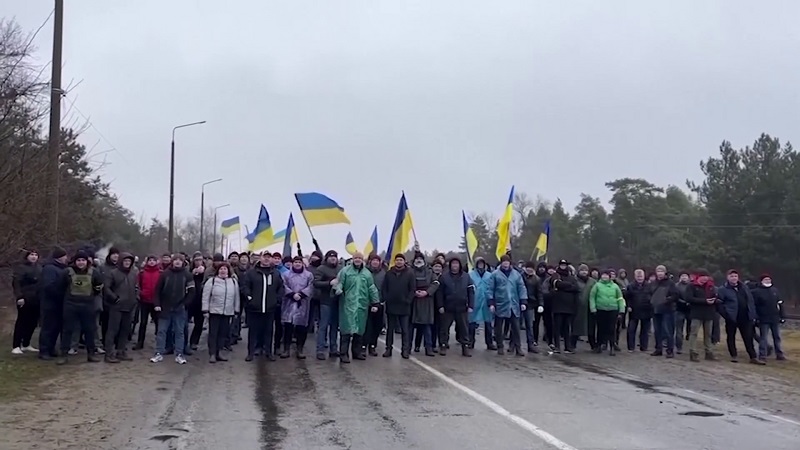 Hot Springs, Arkansas – One Hot Springs business owner still has family in the center of the conflict, as Russia’s invasion into Ukraine continues.

Sergiy Polyakov’s family is in the center of the war between Russia and Ukraine. “War is war. It’s horrible suffering,” Polyakov said. “It’s stressful.”

He moved to Hot Springs a few years ago, but he still has lots of family back in his home country including his brother and mother-in-law.

“She tries to be strong, she tries to tell ‘yeah yeah everything is okay but we can hear some shooting,” Polyakov said. “They just go down directly to the basement to take cover and be safe.”

Polyakov said it’s hard not to feel helpless hearing those sounds of war in the background of the phone calls. “It’s horrible to hear this because I cannot help nothing from this place,” Polyakov said.

Polyakov is trying to get his family out. In Arkansas, people are offering their support any way they can. “Simple people come and support just with prayers, just to give hugs, shake my hand you know,” Polyakov said.

According to Polyakov, that gives him a sense of peace in a time of uncertainty. “I cannot explain but it really warms my heart you know,” Polyakov said.

Polyakov said he hopes to have his family here in Arkansas soon.