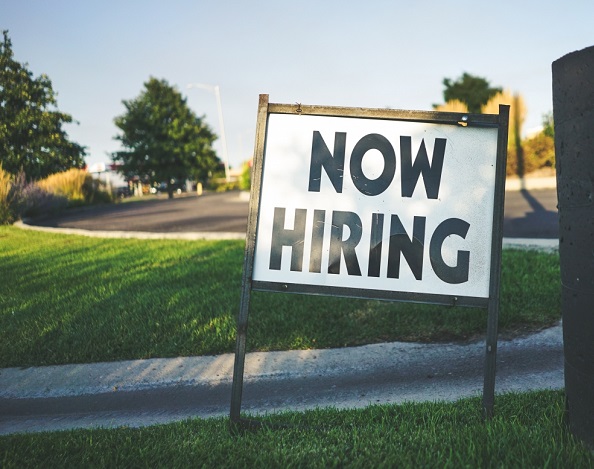 Conway, Arkansas – Since the start of the pandemic, local businesses in many states including Arkansas are struggling with staff and face workers shortage, an issue that hasn’t been solved until now.

Although some of the businesses managed the situation during the summer months, the upcoming holidays season will worsen the current situation and many of them fear if they will have enough workers to operate normally.

Majority of businesses were happy in June when Gov. Hutchinson decided to end the federal unemployment weekly benefits program in an effort to make people to start to look for a job, but months later, not much has changed.

From what can be seen recently across the Arkansas cities, “Now Hiring” signs are everywhere, but local businesses struggle to find workers for some reason. According to the most recent data, Arkansas’ jobless rate dipped from 4.3% in July to 4.2% in August, according to a report from the U.S. Bureau of Labor Statistics.

According to the same report, there are more than 70,000 open job positions across the state. However, those who apply for jobs say they don’t even get a call back when they apply for a certain position. So, what is the problem? Many business owners say it’s because of the pandemic.

“My degree is in political science and I went straight into looking for a job, but most of the time employers are not responding back, not even a rejection notice or sorry thanks for applying kind of thing,” Earnhart said.

She is among those who claim that they barely get call back after application. According to her, she only heard back from around 10 companies out of the 60 where she applied for a job.

“Everyone would tell me ‘well there’s hiring signs everywhere’, but every time you contacted one of those people hiring, you wouldn’t get an answer,” Earnhart said.

Since she was not able to find job for months, she was forced to look for other ways to make money for living that are not connected with her college degree. Earnhart decided to offer cheer coaching services on Tuesdays and Thursdays and is currently looking for more clients in the Conway area.

“My cheer coaching is going to be like my night job, my side hustle,” Earnhart said.

According to experts, the current situation with workers is pretty strange since companies are not able to find applicants, while applicants usually don’t hear back from employers after application. There is obviously something missing in-between.

Experts also agree that both the companies and those looking for job blame the pandemic. The ordinary recruiting methods like job fairs are not working since people fair for their safety because of the Covid-19.

Kait Hill, the owner of an advertising agency that helps other businesses called Rock City Digital, says that the best for companies to look for workers is to use paid listings on the social media like Facebook and LinkedIn.

Many workers say they aren’t going to work for little pay, bad hours and no benefits anymore. They want businesses to realize that without workers there is no business at all.

It looks like the issue with the staffing shortages in Arkansas will be here for some time more while companies are looking to hire enough workers in the preparations for the holiday season.

If he was allowed to run for Governor once again, Ark. Gov. Asa Hutchinson would have probably won the election as he keeps more than solid approval rating