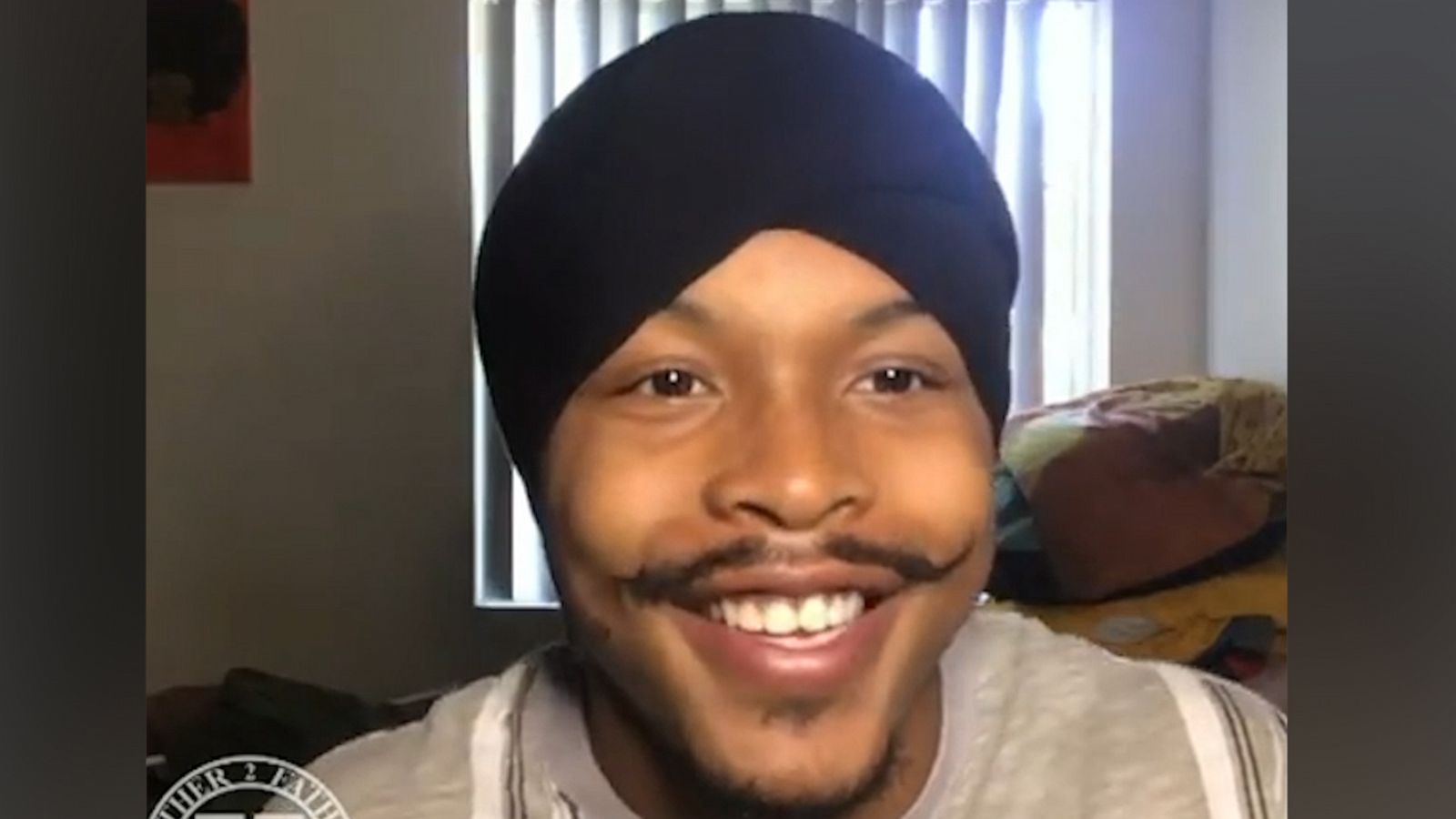 (NEW YORK) — When Devonte Bennett Bey suddenly became a stay-at-home dad, it was “the best thing that ever happened to me and set me on my path.”

He found himself, he told ABC News’ Good Morning America, unemployed after an illness. Bennett Bey, also a Marine veteran, was also dealing with an injured back.

The dad of three boys drove for a time for Lyft, he said, but he still wasn’t getting the quality time he was looking for with his sons.

“I just knew I wanted to have a really strong bond with them, ” he said.

The trouble was he wasn’t quite sure how.

So he started doing research on what it meant to be a good father, Bennett Bey told GMA. He read books and found out engaging with your kids is the “number-one way to stop problems.” So, he did that — and started small.

Today, Bennett Bey’s family, he said, has a lot less money than they did when he was working long days. In fact, he said, they are in between places to live. But, even though they are in a transition period, he said his family is the “happiest homeless family ever” because of “living their dream” of a close-knit family and great relationships with his boys.

In a video on his Instagram, Bennett Bey shared his four-step process to becoming an engaged parent. He also shared his plan with GMA:

Bennett Bey’s road to being an involved dad started with taking over the kids’ nighttime routine. He told GMA one of his children was having a hard time going to sleep.

“I started encouraging him with something I called ‘Daddy Power’ and it worked,” he said.

Once the Riverside, California, dad realized what an impact he could have on his boys, the wheels started turning.

Building on the success of “Daddy Power,” Bennett Bey began to look for more ways to engage with his kids. He didn’t have to look far: Bennett Bey said he started thinking about his own childhood. He said thinks of his boys as a “mini version of me” and so, thought back to his own childhood to recall what motivated him.

One of his sons, he said, much like himself, liked to make everything a competition. So whether it was sight words or marital arts, Bennett Bey put a competitive spin on everything they did — and it worked to bond them closer and push his son to reach his potential.

3. Find the time and make plans

Bennett Bey said actually implementing the plans he had was harder than he thought. Once he was no longer working in a traditional job, he found himself with more time.

“I had to set aside the time and plan activities out,” he told GMA.

It went from an hour to “Daddy Saturdays,” and now, he said, “whatever I’m doing, they’re right there doing it with me.”

4. Take care of yourself

The dad of three said self-care is hugely important to staying strongly bonded to your kids. He recalled the weight he put on once he left the military and the back issue that were both keeping him from keeping up with his kids.

“You have to think of your body like a car. If you don’t put gas in it, if you don’t do the maintenance, it’s going to fall apart,” he said.

The best part of Bennett Bey’s change, he said, is the changes he sees in his family.

“Just like in the Marines, I think of the family as our unit. And when I see [the kids] succeed, when I see a light bulb go off, I’m so proud. Watching your children grow is outstanding,” he noted.

ARKANSAS IS OFFERING REMOTE WORKERS A $10,000 INCENTIVE TO MOVE TO THE OZARKS

Cocktails Get the Home Treatment in Several New Books