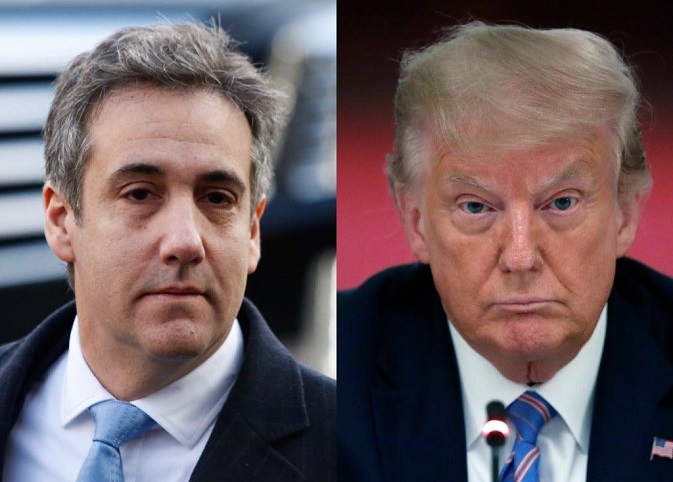 Former president Donald Trump has been keeping the public entertained since leaving the White House office with his election fraud claims, several rallies, Fox News interviews and whether he will run for president in 2024.

Although majority of his recent appearances indicate that he is preparing the ground for third presidential run, he has never officially confirmed that is considering another run in 2024.

Trump has his strong supporter base behind him and he still maintains huge rating for a former president. While his closest GOP allies believe in another presidential run, his ex-lawyer thinks everything Trump does recently is a huge bluff and pure business for Trump.

“His insatiable need for attention is one reason he continues to flaunt this disingenuous 2024 run,” Michael Cohen said in an interview. “The other is he’s making more money doing that than anything he has ever done before.”

Trump has been teasing the public with another presidential run in 2024 and he managed to raise more money than any other GOP member in the first six months this year. According to New York Times report, Trump raised more than $100 million since leaving the White House office, an impressive amount of money for former president.

What is even more interesting in the whole Trump situation with his appearances, Trump hasn’t used a single cent on audits or GOP-led campaigns despite the fact that he persistently continues with the election fraud claims.

According to report by Politico, Trump is using those money only for personal expenses, covering travel expenses and funding legal expenses in his baseless effort to overturn the 2020 election results.

Cohen said that Trump is “the greatest grifter in the history of American politics,” and added that when it comes to announcing he won’t run for president, he will number tens of reason and will blame others for that decision.

“He’ll say he’s not going to run again because of bipartisan hatred for him or because of the Democrats or because he doesn’t want to put his family through any more,” Cohen said. “He cannot stomach the notion of being a two-time loser, but he will continue to grift until the very last second.”

Meanwhile, Trump continues with his agenda.

Biden has never ‘ever’ visited the southern border, even Jen Psaki couldn’t defend him properly at a press conference