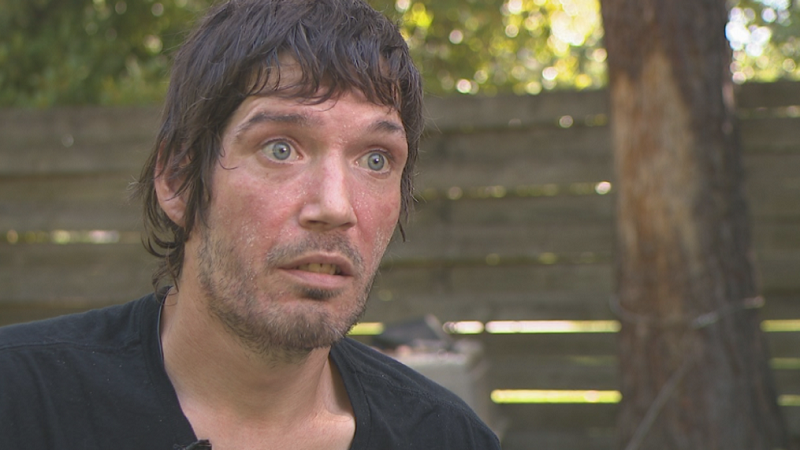 Pine Bluff, Arkansas – On Wednesday, a Jefferson County man who was hit by a sheriff deputy’s car last month, spoke for the first time.

According to Jed, he and his girlfriend Candida Brian were riding their bicycle to Dollar General around 9:30 p.m. on May 19. Jed said they were on the way to a relative’s house.

According to Stephens, he told Brian to get in front of him. He had his front and taillights on Brian, then moments later he was hit by a deputy’s car. “Next thing you know I’m waking up in the hospital, I don’t remember nothing,” Jed said. “I can’t believe it happened to me you know I can’t.”

Brian said Stephens was knocked unconscious immediately after he was hit. “All I seen was Jed taken off and his body twisting around in a circle,” Brian said.

According to a Pine Bluff police report, the deputy involved in the incident was Sgt. Courtney Kelly. The report said Kelly hit an object on the road, once he stopped he didn’t realize it was a person who he hit. The report also named Brian as a witness and that she and Stephens were riding the inside lane.

Kelly’s car dragged Stephens until she got his attention to stop the car, according to Brian. She said Stephens suffered a broken leg, and three broken ribs, is having issues with his vision, and has undergone three surgeries including plates and rods in his leg. “We’ll find out more,” Brian said. “He’s gonna have to learn how to rebind his knee and his ankle for sure.”

According to Stephens, he still has therapy and other things to take care of during his healing process. He said there is hope he will be able to walk again.

The JCSO has yet to contact him to about what happened that night or his well-being, Stephens said. “No, I haven’t, not even a phone call, not even ‘hey, how are you doing?’ You know I was in the hospital nothing,” he said.

As of Wednesday, the JCSO has yet to state if Kelly is on administrative leave or has received any disciplinary action.

Kelly allegedly was stealing time from the department while working at CARTI.

According to Stephens, he wants justice for what happened to him. He said they do plan on taking legal action against the sheriff’s department. “It kinda sucks, you’re supposed to protect the people, you know, not run them over,” Stephens said.

He doesn’t plan to ever ride a bike again while in Jefferson County, according to Stephens.