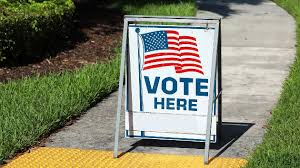 Jefferson county is having issues at several polling sites, and voters are being asked to delay voting until later today according to Jefferson County Election Commissioner Stu Soffer.

”Several polling sites in Jefferson County are not yet open due to difficulties poll workers encountered using the new equipment,” said Soffer. “Although they received intensive training and provided operating brochures some are still had difficulty.”

Soffer stated the election commission has put their contingency plan into place due to this.

“The contingency plan involving seven responders, office staff and an ES&S trouble shooter has been implemented,” said Soffer. “We ask voters to delay voting until later today when everything should be running smoothly.  We apologize for the inconvenience.”