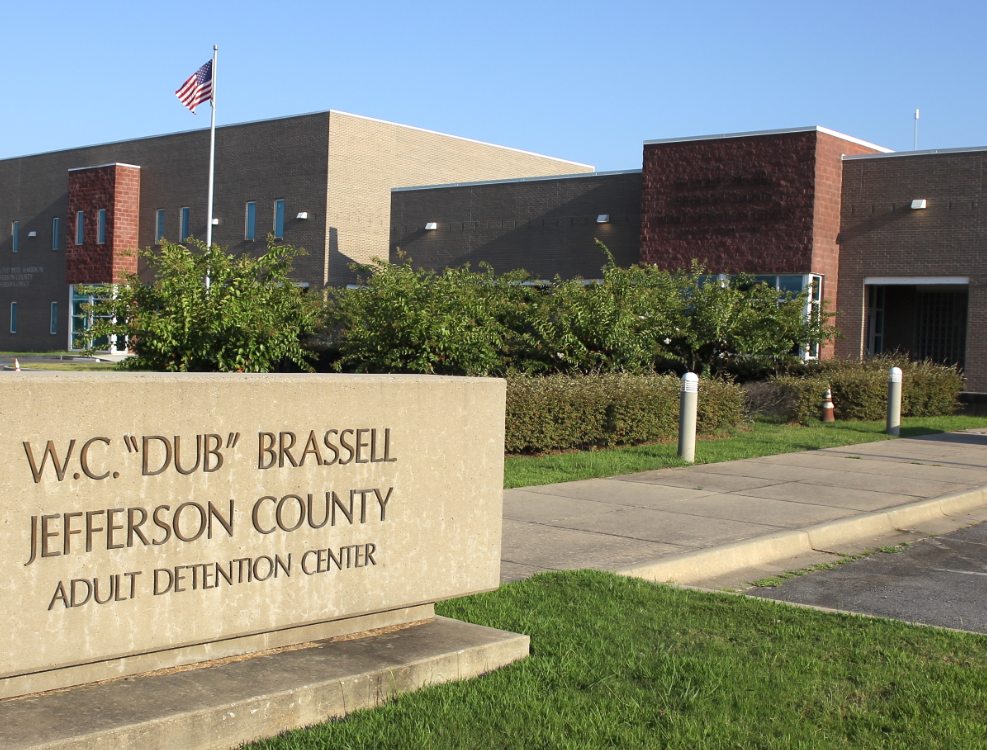 A Pine Bluff man accused of robbing a mail carrier while carrying out a home invasion will have to stay in the Jefferson County jail while his case moves through the federal court, a U.S. magistrate judge decided Wednesday.

Despite efforts by his attorney, Blake Byrd of Little Rock, to cast doubt on the role of John Phillips Smith Jr., 22, in an April 29 home invasion and the robbery of a mail carrier who happened to walk up at the time of the incident, U.S. Magistrate Judge Joe Volpe ruled that Smith posed too great a danger to be allowed to remain free while his case is adjudicated.

According to a complaint, Smith is accused of being one of four men who robbed a home at 5515 W. Kennedy Ave. in Pine Bluff, then robbed a mail carrier of packages he was delivering to the house. The homeowner, Brett Burchett, was then struck in the head with a blunt object. The complaint said all of the men had handguns.

The complaint said that a woman, Triston Bradshaw — who was identified as Smith’s girlfriend and is named as a co-conspirator in a seven-count federal indictment — had attended a party at 5515 W. Kennedy Ave. the night before the robbery. According to the complaint, Bradshaw got into an argument with another person at the party and was recorded by a third person saying she would have Smith go to the house and shoot the others.

The complaint said that at some point during the party, Blake Phillips, one of the occupants of the house, was showing off a stack of money estimated to be about $100,000 and a witness told investigators that they knew Phillips had marijuana in the house as well.

“Why did they wanted to remain confidential?” Shipley asked.

“They were afraid,” Barrett replied. “They were afraid there would be retribution for them coming forth with the information.” “Were they able to tell you what had gone in the home?” Shipley asked.

“They were able to tell me what happened the night before,” Barrett said. “The events leading up to the home invasion robbery.” Those events, Barrett said, included Bradshaw getting into an argument with one of the other people at the party and then witnessing Phillips flashing a large amount of cash and seeing several bricks of marijuana that were in the home.

“Did she admit to sharing that information with her boyfriend?”Shipley asked.

“She did,” Barrett replied.

On cross-examination, Byrd questioned the identification of Smith as one of the robbers and also questioned what Smith’s role may have been if he was involved.

Byrd pointed out that a report by the Pine Bluff Police Department made no mention of the robbers’ identities, but gave Burchett’s description as “three skinny black males and medium build black male,” one wearing a black hoodie and black sweatpants, another wearing a gray hoodie and gray sweatpants, and the driver sitting in a black car with tinted windows.

The report said two neighbors saw a skinny Black man holding a pistol to Burchett’s head and heard him cursing Burchett but offered no information beyond that.

“If [Smith] was involved in any way, shape or form, isn’t it possible he was the driver?” Byrd asked Bennett.

“I don’t know who the driver was,” Bennett said.

“Isn’t it possible he wasn’t in the house?” Byrd asked. “Based on what you know about this case so far?” “I’d hate to speculate,” Bennett said. “I guess anything’s possible.” “You don’t have any solid evidence he was in the house, do you?” Byrd asked.

Bennett referred to the statement of the mail carrier, who told investigators that when he arrived, the black car was sitting in front of the mailbox with no one inside and that afterward, four men got in the car and left.

“Based on the fact that Triston Bradshaw said he was part of it, that indicates to me that he was in the house,” Bennett said.

Shipley, arguing for detention, pointed out that in 2018, Smith was placed on three years of probation for a felony fleeing conviction, and that he absconded and was arrested in December 2018 and sentenced to 72 months in jail.

“He was released in December of 2019 on parole and in April of 2020 he’s back at this residence in Pine Bluff with three other people and guns,” Shipley said, “robbing a postal worker that was simply doing his job.” Shipley said the two informants and one of the men living in the house had expressed fear that if released, Smith would retaliate against them.

“That’s just kind of speculation,” Byrd argued. “They’re at a drug house with some guys who sell dope and flash money and whatever. You’ve seen this a million times.” After a short recess, Volpe returned and announced that he was ordering Smith held in custody for trial.

“It’s just too much at one time to think that I’m going to put him on conditions and think that he’s going to follow my orders,” Volpe said. “He’s a young man, a very young man and he’s now gathered the attention of the federal government which is never a good thing.”