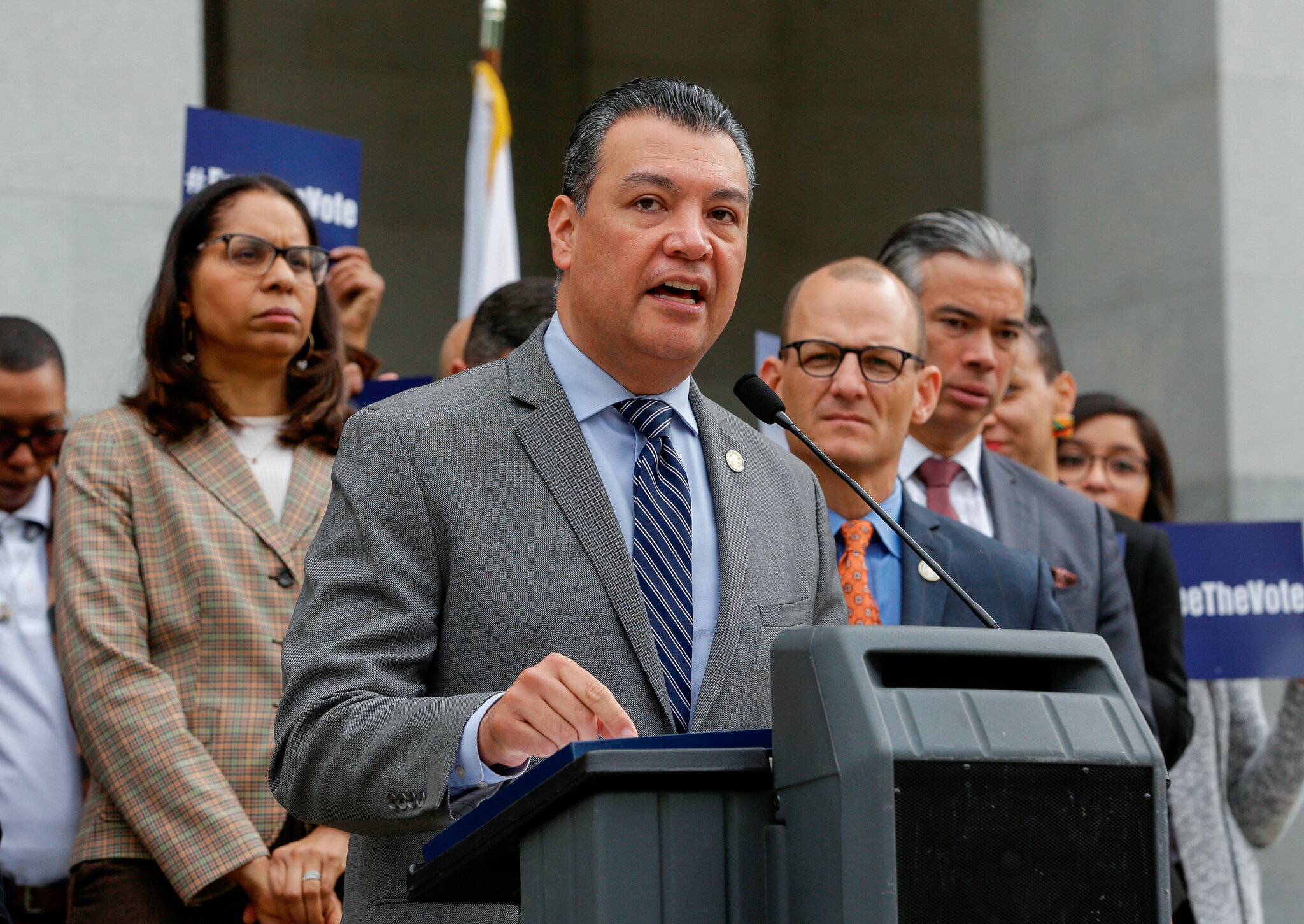 Padilla, 47, becomes the first Latino from California to serve in this office.

California gets 1st Latino US senator; some Black leaders disappointed

“There’s millions of other families that are equally contributing in powerful ways in each community throughout the state and throughout the nation,” said Padilla. “These are important perspectives to bring to policymaking and problem solving.”

From the beginning, Padilla was considered to have the inside track to fill out the remainder of Harris’ term after she becomes Vice President on Jan. 20.

Padilla is the son of Mexican immigrants who met in Los Angeles “while applying for green cards.”

His father was a cook at a restaurant, his mom cleaned houses.

The family lived in the San Fernando Valley where he went to high school.

Padilla went on to M.I.T. where he got an engineering degree before entering politics as a Los Angeles City Councilman. He then became a state lawmaker serving as a state senator.

In 2015 he was appointed California Secretary of State.

Now he’s about to become a U.S. Senator.

“I’m honored and I’m humbled, because of them, I can’t tell you how many pancakes my dad flipped, or how many eggs he scrambled to provide for us over many years and my mom doing the same thing” said Padilla. “That’s why I try so hard to make sure that our democracy is as inclusive in California as we’ve built, and it’s a hell of an important perspective to bring to Washington.”

Newsom provided a copy of the video conference where he officially offered Padilla the job.

“This is the official … this is the ask brother,” Gavin asks Padilla who wiped away tears as he responded, “Are you serious?”

“I will make you proud,” Padilla tells Newsom. “I will make California proud by getting it done in the U.S. Senate, we’ve got a lot of work to do, but I’m ready.”