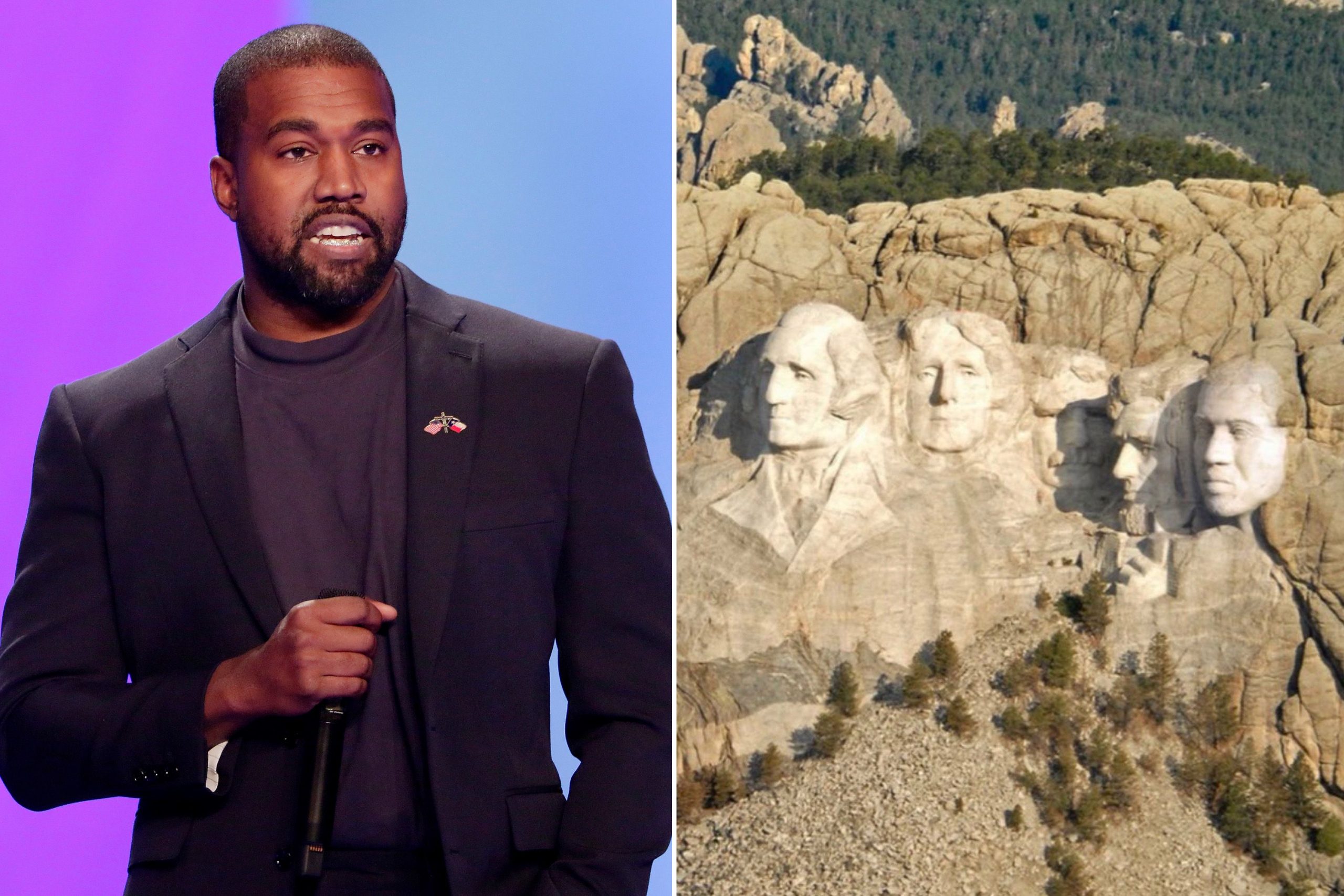 Kanye West shared a photo on Twitter that shows his face edited onto Mount Rushmore amid his ongoing presidential bid.

As the musician forges ahead with his plans to run against both Donald Trump and presumptive Democratic nominee Joe Biden in November, he took to Twitter to share an optimistic view of that potential presidency with a photo showing his face on the famous U.S. landmark alongside former presidents Abraham Lincoln, Theodore Roosevelt, Thomas Jefferson and George Washington.

The tweet comes just one day after the 43-year-old rapper filed a document with the Federal Election Commission that seemingly confirms he’s moving forward with the 2020 presidential campaign he announced on July 4.

“We must now realize the promise of America by trusting God, unifying our vision and building our future. I am running for president of the United States ??! #2020VISION,” he tweeted at the time.

Fox News obtained West’s Statement of Candidacy document, which lists his party affiliation as “BDY,” which stands for “Birthday Party.” His committee’s name is also listed on the document as simply “Kanye 2020.”

“I hereby designate the following named political committee as my Principal Campaign Committee for the 2020 election,” it reads.

The filing comes on the heels of reports that the Yeezy founder suspended his much-gossiped-about campaign. It also comes one day after the Oklahoma State Election Board tweeted Wednesday that West has qualified in the Sooner State to be on the ballot. Wednesday was the state’s deadline for independent and unrecognized party presidential candidates to file statements of candidacy with their petitions or filing fees.

West gave the public a rare glimpse into his political thinking in a recent interview with Forbes in which he declared that he no longer supports Trump, a stark change from 2018 when he visited the White House wearing a “Make America Great Again” hat. He also asserted that Biden’s campaign is not “special.”

He also told the magazine that he is pro-life, pro-school prayer, against the death penalty and will run as an Independent — though in the interview he also mentioned the “Birthday Party.”

West’s presidential dreams also sparked some debate after the rapper took to Twitter to share his pro-life stance, leading to a clash with Planned Parenthood. But West did continue to squash the doubt surrounding his decision, as he posted a video documenting him registering to vote in Wyoming to his Twitter account, which boasts nearly 30 million followers.