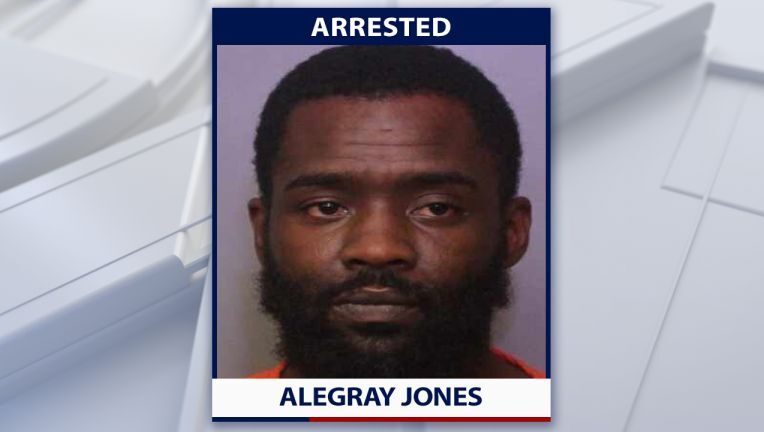 LAKELAND, Fla. – Police arrested Alegray Jones, 30, after they say he killed his girlfriend’s two-year-old son while she was at work on Friday.

Police say Jones told detectives that he became aggravated with the child after he urinated on the couch. He added that he struck the child multiple times, which caused him to become unconscious.

Police say Jones did not try to get help for the child. Instead, they say he texted the boy’s mother while she was at work. Upon receiving the text, the mother called Jones, who told her that the child would not wake up.

Police say the mother immediately left her job and 911 was called to help the child.

The boy was taken to Lakeland Regional Medical Center, where healthcare workers saw he had multiple injuries on various parts of his body. An autopsy was performed later in the day and his death was ruled a homicide by multiple blunt force trauma injuries.

Jones, whose criminal history includes multiple arrests for narcotics possession and driving on a suspended license was arrested for aggravated manslaughter of a child.

Anyone with information related to the case is asked to contact Detective Tammy Hathcock at 863.834.6975 or tammy.hathcock@lakelandgov.net.

To remain anonymous, contact Heartland Crime Stoppers Florida – call 1-800-226-8477, dial **TIPS from your cell phone, visit the website www.heartlandcrimestoppers.com and click on “Submit A Tip,” or download the free “P3tips” app on your smartphone or tablet.