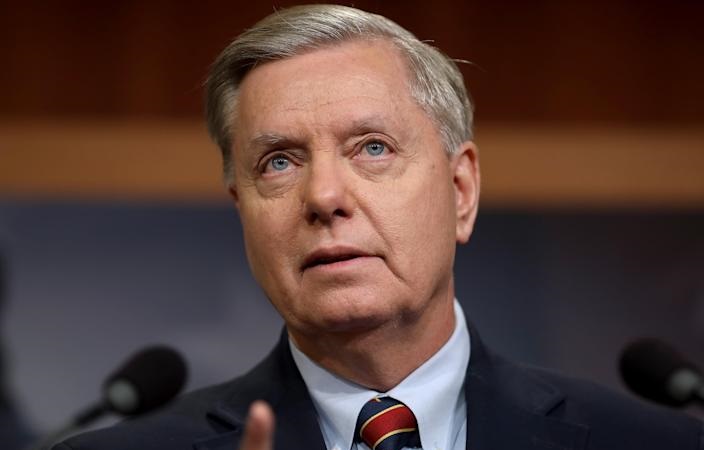 2020 Elections have been much different compared to all previous elections we have ever seen and the reason for that is the Covid-19 pandemic. Not just how Trump’s administration handled the pandemic within the US, but also because of different theories about the source of Covid-19.

According to Graham, if the media had not dismissed the former president’s assertion that there was a good possibility the coronavirus came from a lab in Wuhan, which multiple reports now point toward being quite likely, Donald Trump may very well have won the 2020 election Western Journal reports.

27 acclaimed scientists in The Lancet, signed a letter on Feb. 19, 2020 where they described Trump’s theory as “conspiracy theory.”

“We stand together to strongly condemn conspiracy theories suggesting that COVID-19 does not have a natural origin,” they wrote.

“Conspiracy theories do nothing but create fear, rumours, and prejudice that jeopardise our global collaboration in the fight against this virus. We support the call from the Director-General of WHO to promote scientific evidence and unity over misinformation and conjecture.”

“We want you, the science and health professionals of China, to know that we stand with you in your fight against this virus.”

According to Graham, one of the scientists who signed the letter has closely collaborated with the Wuhan Institute of Virology. That’s the very same institution we now have a reason to believe have developed the virus.

In a March interview, the former director of the Centers for Disease Control and Prevention Dr. Robert Redfield, said that many scientists who believed the virus might have been developed in a lab, received death threats, including himself.

“There is no doubt in my mind the combination of prominent scientists coming out strongly against the lab leak theory, along with officials from the State Department shutting down additional inquiries, ended up being two of the most consequential events in the 2020 election cycle,” Graham wrote.

“Their early and near-total dismissal of the lab leak theory played a prominent role in the defeat of President Trump in the 2020 presidential race.”

“Why would they do this — to avoid any accountability that they may have had regarding Wuhan lab research or leaks? Additionally, were there concerns they did not want to prove President Trump’s statement to be true that the origin of COVID-19 was a Wuhan lab leak? Had they given credence to this charge, the whole tenor, tone and focus of the 2020 election would have turned on a dime.”

Graham pointed out that if people really knew Covid-19 is a lab virus, we all know who was going to really confront China. Trump, of course.

Special Memorial Day discounts in restaurants and stores across the state, thank you to military members and families