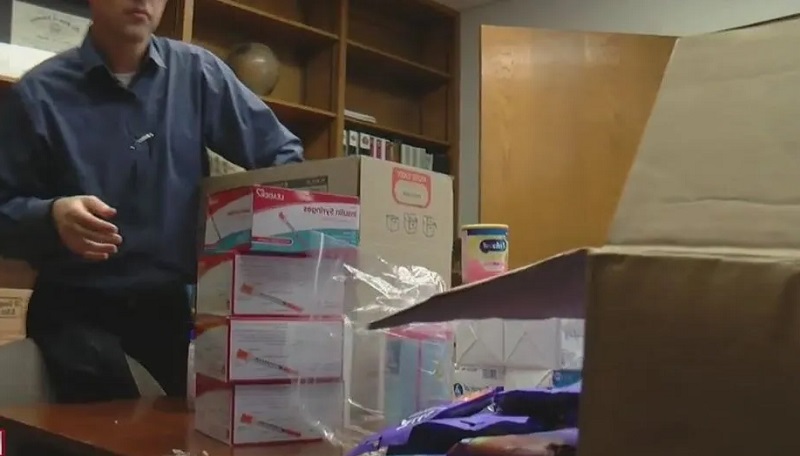 Little Rock, Arkansas – While the war in Ukraine continues, Niel Denman with Denman, Hamilton, & Associates in Little Rock has packed 40 boxes filled with medical supplies to be shipped to Poland for Ukrainians in need.

According to Denman, he feels the Russian invasion of Ukraine touches the hearts of so many Americans is because of the number of people who know someone in the war-filled country. He has a client from Arkansas who was in Ukraine with his Ukrainian wife and kids when Russia first invaded Ukraine. “His family is safe and he’s safe right now,” said Denman, referring to the status of his client.

Denman’s client decided not to return home to help coordinate supplies and logistics. The Arkansan was able to get his family to the Polish border and they are now back in Arkansas. Denman stayed in contact with his client and started talking about what do the people of Ukraine need. “And what the need is medical supplies” is what his client told him. That’s when Denman began collecting donations from people, companies, and pharmacies who have sent baby formula, eye drops, bandages, anti-bleeding cream, and more.

According to Neil Denman, “as long as people keep bringing in supplies and willing to help out, we’ll keep shipping them.”

His client describes the war as much more chaotic than what we see through our tv and phone screens, Denman said. “Their sense of national pride and what they’re fighting for and the way they’re willing to stand up and fight for their country has really got to be inspiring to everybody and we’ve got to support that.”

He says a challenge he faced was finding out how to ship things to a war zone.

Denman says if you get the donations to him, he’ll get them to Poland. Denman, Hamilton, and Associates are located at 310 Natural Resources Dr. Little Rock, AR.