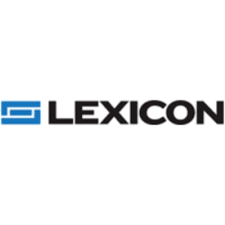 Lexicon Fabricators and Constructors is expanding operations and adding 130 employees with the purchase of a north Louisiana steel producer.

The Little Rock company announced Tuesday that it has acquired Steel Fabricators of Monroe, La. Terms of the deal, which is expected to close by Jan. 1, were not disclosed.

“We’re adding steel fabricators of Monroe to give us more structural fabrication capacity,” Patrick Schueck, Lexicon’s president and chief executive officer, said Tuesday in announcing the deal. “This will be very complementary to our fabrication operations.”

The Steel Fabricators executive team welcomed the transaction. “When considering this transition, we aimed to find a firm that could offer our employees opportunities for continued growth,” John Hunter, co-founder and president of Steel Fabricators, said in a statement.

The two companies have had had a business relationship for about 50 years, Schueck said, noting that his father, Tom, who founded Lexicon, began selling joists to Steel Fabricators in the early years of the Little Rock business, which started in 1968.

Lexicon has developed an admiration for the culture and operations at the Monroe producer, Schueck said.

“They have a great management group and great team down there that fits really well with our culture,” Schueck added. “They, just like us, value people, quality and safety more than any other asset of the company.”

Hunter noted “we are confident Lexicon is the best fit for our company and team.”

The Monroe company opened in 1973 and operates on a 20-acre site. Its campus includes more than 160,000 square feet of fabrication space and warehouse, training and maintenance facilities. It uses the latest technology to produce steel for the commercial, health care, industrial, petrochemical, power generation, and oil and gas industries.

Lexicon has more than 700 employees in Arkansas, with major operations in Little Rock and Blytheville. The company has more than 2,000 employees nationwide working in 25 locations across 11 states in addition to Arkansas: Alabama, California, Florida, Indiana, Louisiana, Michigan, Missouri, Nebraska, North Carolina, South Carolina and Texas.

Lexicon has been involved in several high-profile projects, including AT&T Stadium, home of the Dallas Cowboys, steel mills for Nucor and Big River Steel in Mississippi County, warehouses for Amazon, power plants, auto manufacturing facilities and other heavy industrial, commercial and roadway projects around the world.

Coronavirus hospitalizations surge above 1,000 in Arkansas. Is it too late for actions?

As we are getting on the door of the flu season, covid-19 virus hospitalizations again reach record high in Arkansas