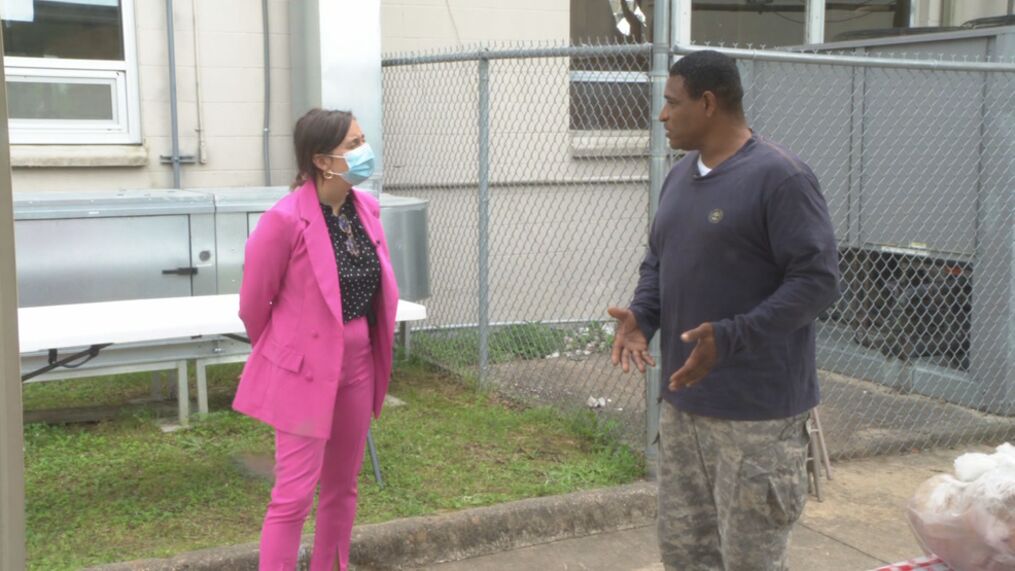 LITTLE ROCK — Some people experiencing homelessness said they’re on alert since Little Rock police have yet to find the suspect in four connected stabbings.

Right now, there is not any new information from police about the suspect. Hundreds of homeless walk the city streets a day and some say they’re deciding to turn to the buddy system to stay safe.

Many of those people stay at the Little Rock Compassion Center. Reginald Hildreth has been one of them for the past week.

“I’m concerned because the guy has been rampant. I guess that’s the word to use around the area,” Hildreth said about the suspect still on the loose.

Hildreth said the homeless community is on edge, especially because one of the victims was homeless.

“One of the persons that was stabbed I didn’t know him personally, but I ran across him before,” Hildreth said.

Hildreth said the people he knows on the streets are trying to travel in pairs to keep safe.

“Yeah (a) friend of mine today, probably about as big as me, I went with him today to get his things,” Hildreth said.

William Holloway is the CEO of the Compassion Center. KATV asked Holloway if he was concerned about the people who stay in his shelter because one of the victims was a homeless man.

“Yes, it does because their safety is pretty important to us,” Holloway said. He said police came by to check and see if they’ve seen anything suspicious. He said they’re trying to warn the people who stay with them.

“We posted posters up for them and we told them at several meetings to keep their eyes open and not so let somebody around them you know a stranger,” Holloway said.

While the threat is still real, Holloway said he’s not surprised about the stabbings.

“Something I don’t like to hear but we see so many stabbings around here and so many shootings that it is almost just an everyday thing,” Holloway said.

Holloway also said that he did not believe that the suspect was staying at any of the homeless shelters in the area. He said if you stay at one of the shelters and try to cause trouble there will be multiple people who stop you.

Little Rock Police said they have received over 50 tips through email or phone and are working to go through those leads. They are still encouraging anyone with information to come forward.