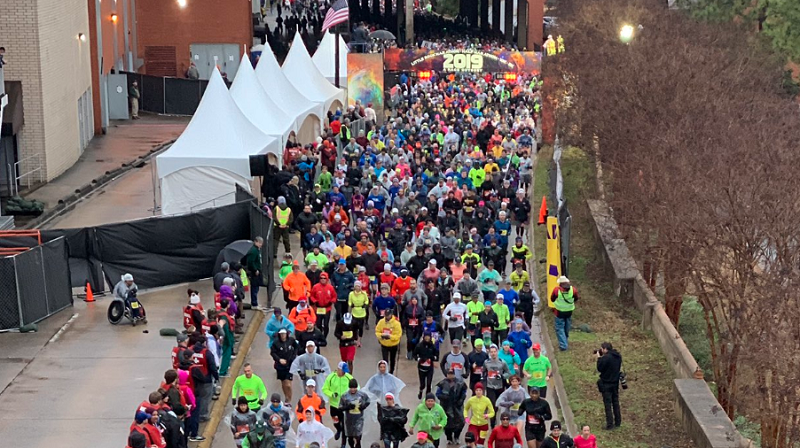 Little Rock, Arkansas – After a successful weekend full of events in the capital city, another Little Rock Marathon is now in the books.

This year was the 20th annual marathon weekend, which started on Saturday, March 5 with the 5-K and 10-K races.

With a time just over two hours and 40 minutes Little Rock native Cameron Beckett was the overall winner, and Elizabeth Dollas from Massachusetts was the top female finisher.

Back in November Beckett also won the Little Rock half marathon.

“Little Rock has an understated running culture,” Beckett said. “It’s a really fun community to be a part of and I’m just thrilled we are back in action, kind of getting to do it consistently.”

This was Beckett’s third time running the full marathon.

He’s got another half marathon in northwest Arkansas in a few weeks, before taking a short break from racing.