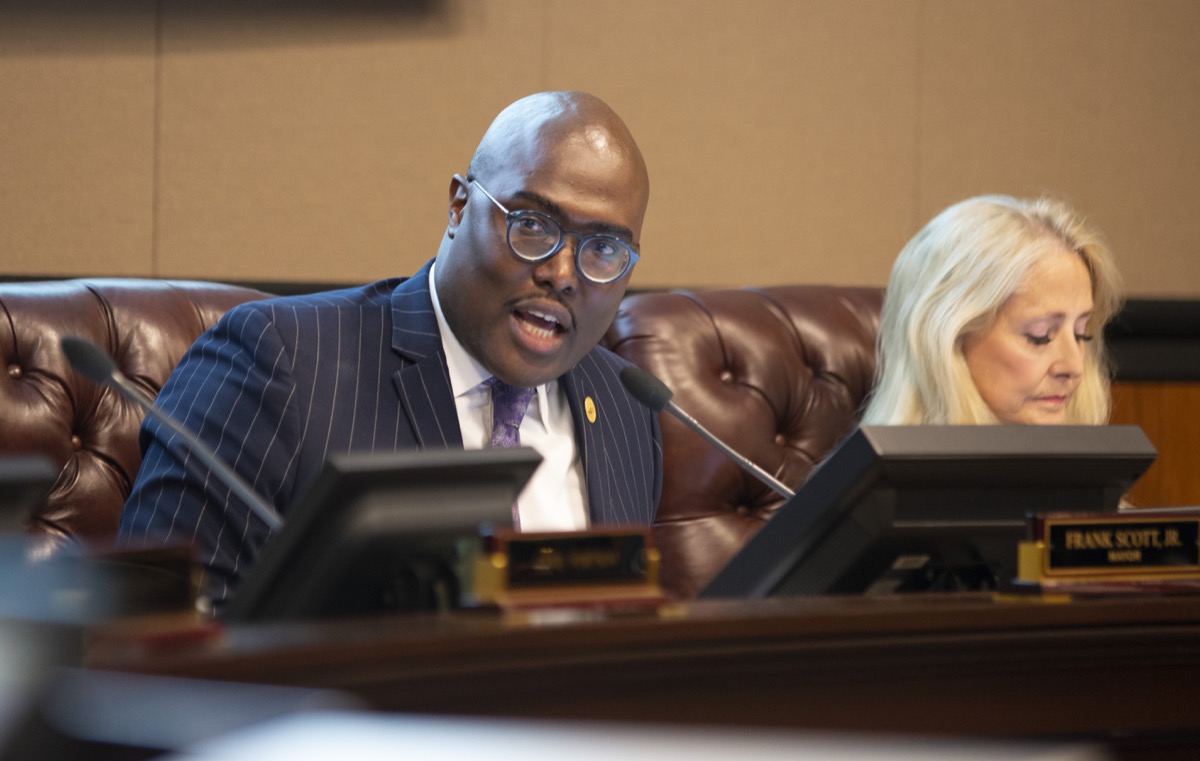 Peace Officers Memorial Day is observed on May 15. The day of remembrance was first proclaimed under President John F. Kennedy in 1962. The week in which the observance falls was designated as National Police Week, this year from May 9-15.

In the video, Scott read a proclamation declaring May 10-15 as Police Week in the city. He also proclaimed Friday to be Peace Officers Memorial Day.

“In times of despair, distress and disappointment, the men and women of the Little Rock Police Department always are ready to serve and lead this city with honor and with distinction,” Scott added.

Officers selected for water board

Anthony Kendall was reappointed to the Central Arkansas Water board of commissioners for another seven-year term as a North Little Rock representative during a meeting Thursday.

The water utility’s board also chose officers for the year beginning July 1. Commissioner Jim McKenzie was selected as chairman, Kevin Newton as vice chairman and Jay Barth as secretary-treasurer.

Resolutions on Kendall’s reappointment and the slate of officers were approved without dissent.

Kendall is a retired vice president of human resources for Baptist Health, according to his biography on the water utility’s website. He was first appointed to the board in 2004 to fill the remainder of a retiring commissioner’s term.