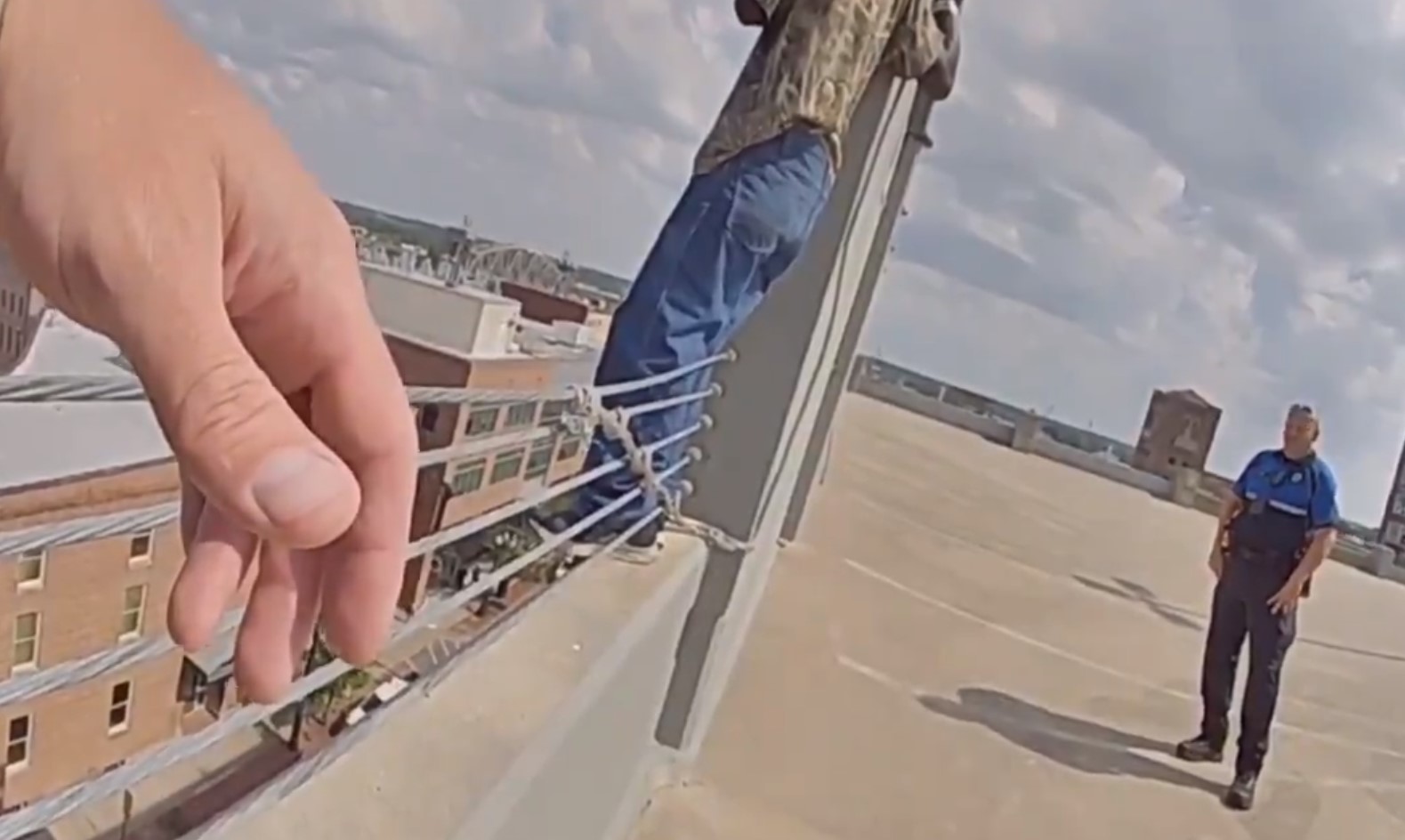 Little Rock, Arkansas – Three police officers saved man’s life Wednesday morning after pulling him back from the edge of a building in the River Market district.

According to the police reports, the man was about the jump when officers arrived at the scene. From what can be seen on the video footage, Officer Jim Stanchak slowly approached the man standing on the 6th floor of a parking deck. Two other officers stood back while Stanchak spoke.

“We’re here to help you man, we’re just trying to get you some help,” Stanchak said.

The man didn’t respond back to the officers. At one point, he lowered his had and closed his guys. Officers in their daily report wrote that the man was about the jump in that moment.

Officers tried their best to make him surrender. When he didn’t respond to their requests, they pulled him off the ledge. The man started crying when officers pulled him.

Once the officers got him, he was taken to hospital for examination.

WATCH THIS! Three LRPD officers saved a man’s life in the River Market this morning after nearly jumping off the ledge of a parking deck #ARNews pic.twitter.com/SPE6LLMTBl