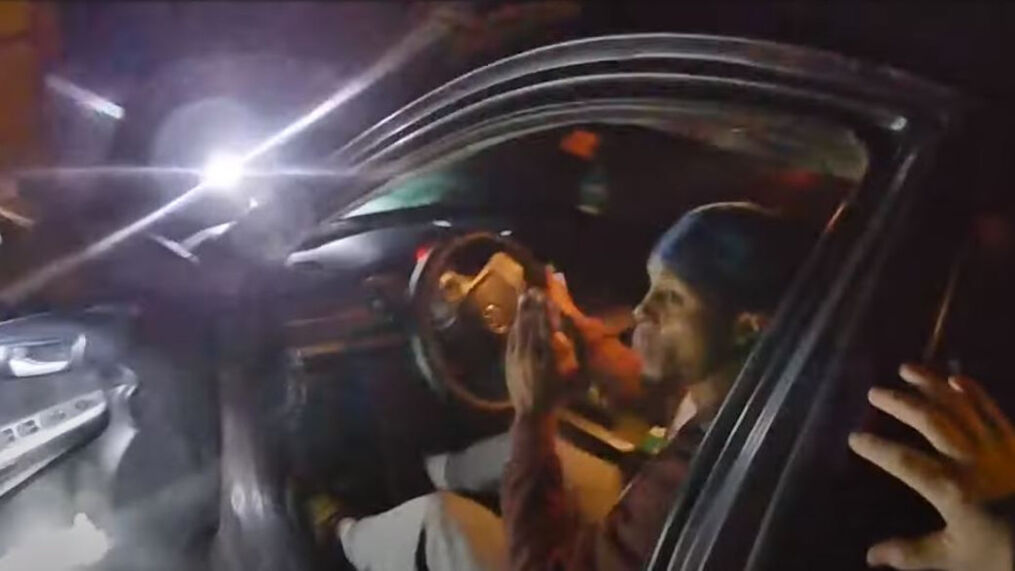 LITTLE ROCK  — Little Rock police on Thursday released video of an officer shooting a man after the man struck the officer with a car while fleeing.

The 19-minute video, which the department uploaded to YouTube, shows the incident from the perspective of multiple police dashboard cameras and body-worn cameras. It also contains commentary from Chief Keith Humphrey.

The video shows officers approach Michael Smith, 37, as Smith sits in a car outside a home in the 1400 block of Cleveland Street early Saturday morning. Officers were responding to a call about a vehicle being driven without the owner’s permission.

In the video, Smith begins arguing with an officer and ignores requests to roll down his passenger side window. The officer then opens the driver’s door and tells Smith to get out. Smith starts the car. A second officer, identified as Coleman Dillon, then walks around the front of the car. Smith starts driving away and hits Dillon.

The video shows Dillon, still standing, pointing his gun through the door frame as Smith pulls away and tries to close the door. Dillon’s arm gets stuck, according to police, and at least one shot is fired.

Police said Dillon was dragged 15-20 feet as Smith drove away. He also dropped his gun inside the car.

Officers pursued Smith and soon found he had crashed into a utility pole. The video shows officers removing the injured Dillon from the car and using a tourniquet to slow the bleeding from a gunshot wound to his leg.

Smith was treated at an area hospital and released Tuesday. He was charged with criminal attempt to commit capital murder, felony fleeing, second-degree battery and unauthorized use of a vehicle.

Police said Dillon’s injuries were minor. The department hired him in 2019.

An investigation of the shooting is ongoing.