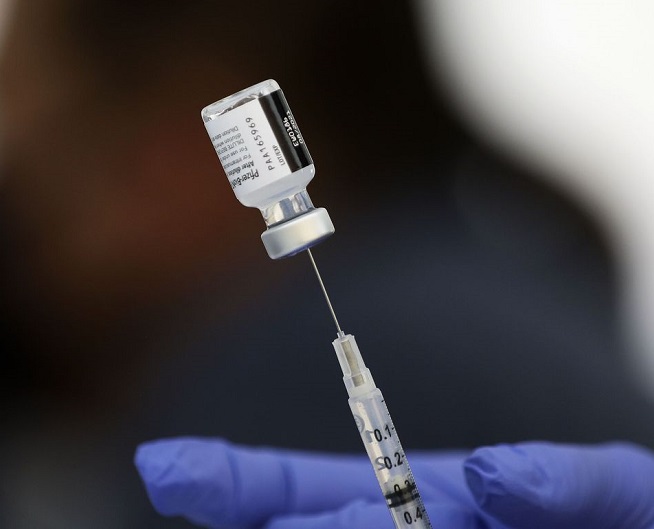 The number of vaccine hesitant people seems to go down recently amid the fourth Delta wave spread across the country while the number of vaccinated people continues to raise. The rising number of cases in the last month and a half and especially the full FDA approval surely helped those vaccinate hesitant to get the shot just when more and more students are testing positive at schools.

An alarming fact still remains the decent number of fully vaccinated people who are getting infected with the virus despite the fact that only minor percent of those end up in hospital with severe condition. The herd immunity from this perspective looks completely unlike scenario or at least unlikely scenario that might happen soon.

Florida, the state with the worst Covid-19 situation right now, implemented a new antibody treatment for positive Covid-19 patients that shows amazing results so far, but even Fla. Gov. Ron DeSantis urges people to get vaccinated as soon as possible claiming the vaccine to be the best weapon against the virus we currently have.

While we go up and down with the virus, vaccine mandates are getting closer and it seems to be very likely scenario in most of the cases since many large companies already implemented vaccine requirement for their employees. However, the country may face even bigger workers shortage issue if vaccine requirement continues to develop among federal and state employees.

According to a recent poll conducted by Washington Post/ABC News, almost 70% of the unvaccinated workers are ready to quit their jobs currently if they are required to get the vaccine. Part of them will request religious or medical exemptions, but if not granted, companies will remain without serious percentage of workers.

A positive thing for companies is that majority of their workforce is already vaccinated. That being said, majority of the companies might not experience serious staff shortage, but if 70% of the unvaccinated decide to leave, that will surely result with increased demand of workers leading to higher salary expectations.

The poll shows that 16 percent from that group would comply with a mandate, while 35 percent said they would seek an exemption and 42 percent would leave. If there’s no exemption, then 72 percent of those surveyed said they would quit.

Meanwhile, majority of those vaccine hesitant who are ready to quit their jobs favor mask mandate, probably because the mandate will prolong the vaccine requirement if the number of new cases remains stable for some period of time.

The Post/ABC poll was conducted by telephone between Aug. 20-Sept. 1 among 1,066 adults in the U.S. The margin of error is 3.5 percentage points. Read more at The Washington Post.

As the Delta variant surges across the country, Costco once again forced to limit purchase on some of their items

Biden’s push for booster dose of the vaccines makes two FDA officials to quit; is there something the public should know?