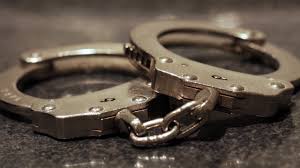 Pine Bluff, Arkansas – A man charged with shooting and killing two people in Arkansas was captured in Kansas and sent back to stand trial, authorities said.

Bryant Lamont Smith, 33, was arrested Friday in Parsons, Kansas, in an operation that included officials from the U.S. Marshals Service and the Kansas Highway Patrol. Smith was taken back to Pine Bluff on Tuesday and was being held in jail without bail in Jefferson County, the Arkansas Democrat-Gazette reported.

Smith was charged Sept. 24 in Jefferson County Circuit Court with two counts of capital murder in the fatal shootings of Kavon Mitchell, 20, and Emonya Moten, 17, prosecutor Kyle Hunter said. Smith also faces one count of attempted capital murder in the shooting of Cedric LaPoole, 23, among other charges. The attacks happened Sept. 3 at two locations.

Police were made aware about Smith’s location in Kansas when his cellphone pinged a tower in Parsons, according to a probable-cause affidavit.

“We were called in to assist by the U.S. Marshals Service,” Walker said. “He was staying in Parsons with friends, or acquaintances is probably how I’d word it.”

Smith was scheduled to appear in court on Wednesday, but the Arkansas State Police picked him up for questioning on another matter. Bill Sadler, an agency spokesman, said Wednesday that he had no information on Smith.

Hekeryin Cain, 23, has been held without bail since his arrest on Sept. 6 on one count of capital murder in Mitchell’s death.