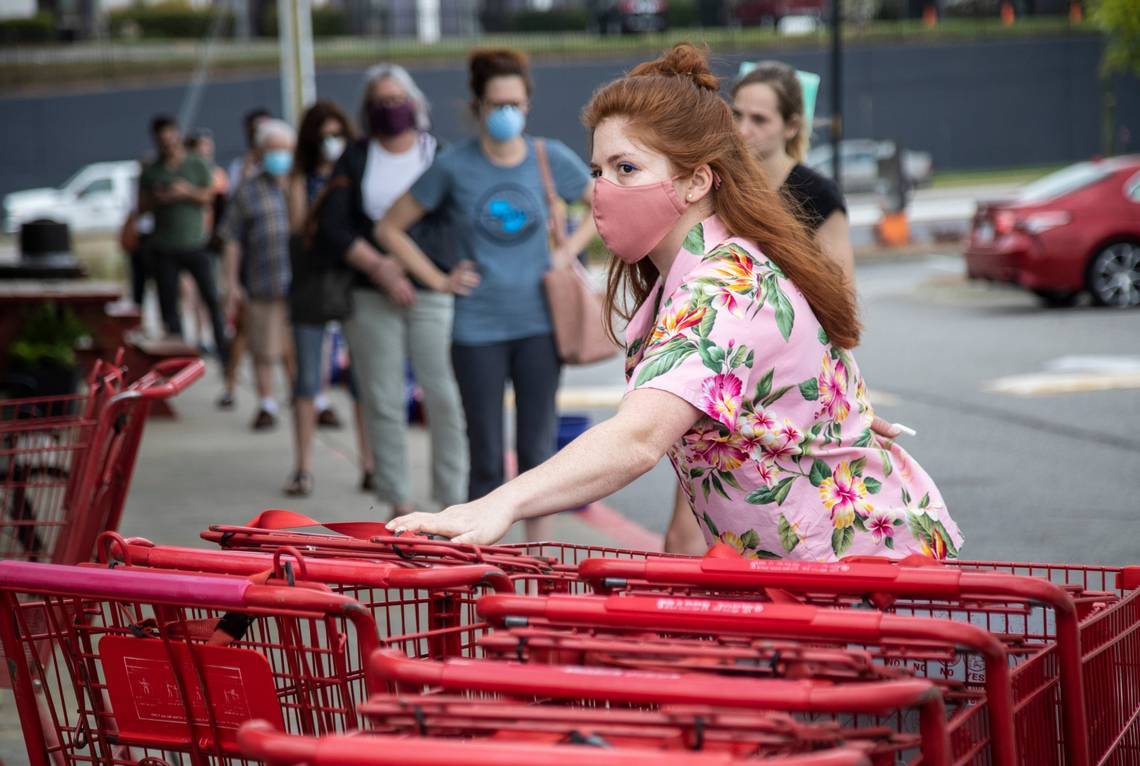 SEATTLE – If almost everyone wears a mask in public over the next few months, tens of thousands of lives could be saved in the United States, according to a widely-cited coronavirus pandemic model used by the White House.

The projections comparing different actions to control the spread of COVID-19 are from the Institute for Health Metrics and Evaluation (IHME) at the University of Washington.

Dr. Tom Tsai, a health policy researcher at Harvard T.H. Chan School of Public Health, says wearing a mask, social distancing and washing your hands all reduces the risk of infection. But these things all together are even better.

“There is no doubt that even as states open up, the United States is still grappling with a large epidemic on a course to increase beginning in late August and intensifying in September,” IHME Director Dr. Christopher Murray said in a statement. “People need to know that wearing masks can reduce transmission of the virus by as much as 50 percent, and those who refuse are putting their lives, their families, their friends, and their communities at risk.”

The number of confirmed new infections in the U.S. per day has skyrocketed past the previous high of 36,400, set on April 24, to an all-time high of 40,000, according to the count kept by Johns Hopkins University.

In total, the virus is blamed for 124,000 deaths in the U.S. and 2.4 million confirmed infections nationwide as of June 26. But U.S. health officials said the true number of Americans infected is estimated to be about 20 million — or almost 10 times higher.

The newest IHME forecast is lower than the one previously released on June 15, which estimated just over 201,000 deaths by Oct. 1. Researchers said that while California and other states have seen increasing case counts recently, the death rates are not yet rising at the same rate — though that could change in the coming weeks.

“States reporting the ages of confirmed cases suggest there are more cases being detected in younger people who are at substantially lower risk of death than older people,” Murray said. “It remains to be seen how this will unfold over the next few weeks, and if transmission continues to go up, we may see increasing infections in at-risk populations.”

As COVID-19 infection rates rise among the young, older individuals are at risk

Reopenings have sparked a surge in new cases among younger individuals in several states.

Health experts said a disturbingly large number of cases are being seen among young people who are going out again, hitting the bars and other nightspots, often without wearing masks or observing other social-distancing rules.

This, while governors in a number of the hardest-hit states, including Texas, Florida, Arizona and Arkansas, have resisted mask-wearing requirements.

Dr. Anthony Fauci, the nation’s leading infectious disease expert, gave a solemn reminder on the need for Americans to consider their actions amid the dire increase in COVID-19 cases.

“The chances are, if you get infected, you will infect someone else,” Fauci said Friday during the first White House Coronavirus Task Force press briefing in nearly two months. “If we want to end this, we’ve got to realize we are part of the process.”

Dr. Tom Tsai, a surgeon and health policy researcher at Harvard T.H. Chan School of Public Health, echoed this sentiment, saying “the overwhelming consensus” among public health experts is that masks work — and citizens need to wear them, in addition to social distancing and getting tested even for those without symptoms.

“These are all layers of security,” Tsai said. “My car has a seat belt, it also has an airbag. I also stop at the stop sign, and I look both directions before I turn. These are all different layers of risk reduction that we have to do. Doing any of them alone is not adequate.”