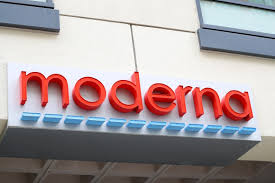 The U.S. Food and Drug Administration has approved the second COVID-19 vaccine for emergency use in the United States.

The FDA issued an Emergency Use Authorization for the coronavirus vaccine produced by Moderna for ages 18 years of age or older.

Army General Gustave Perna, the chief operating officer of Operation Warp Speed, held a briefing Saturday to acknowledge a “miscommunication” with states about how many doses of Pfizer’s COVID-19 vaccine would be initially available to them.

The briefing was a response to more than 10 states were told this week the number of doses of the vaccine they were expecting to receive next week has been cut. General Perna said the first-dose distribution of the Moderna vaccine will be available 64 jurisdictions and five federal entities.

Perna said the vaccine will be sent to more than 3,700 locations.

The U.S. drugmaker applied for authorization in November with the company citing a 94.1% efficacy rate. A FDA advisory committee endorsed the vaccine Thursday. The first Americans are expected to get their shots Monday.

An advisory panel of the Center for Disease Control, the Advisory Committee on Immunization Practices (ACIP) met Saturday to consider granting its final approval for Moderna’s vaccine.

“With the availability of two vaccines now for the prevention of COVID-19, the FDA has taken another crucial step in the fight against this global pandemic that is causing vast numbers of hospitalizations and deaths in the United States each day,” said FDA Commissioner Stephen M. Hahn said in a statement.

The FDA found no severe allergic reactions in Moderna’s data but flagged a slightly higher rate of less serious side effects — rash, hives, itching — among participants who got the vaccine, compared with those receiving a dummy shot.

Moderna’s is the second vaccine the FDA has considered, behind one from Pfizer Inc. and Germany’s BioNTech, which was authorized last week.

Thousands of frontline health care workers and long-term care facility residents have already been vaccinated with the Pfizer vaccine. But the two approved vaccines means another logistic challenge for the government. The vaccine will be distributed through the federal government’s Operation Warp Speed project.

Recently, however, Moderna announced the vaccine can be transported in a liquid state at 36 to 46 degrees Fahrenheit. Good news for some areas of the U.S. struggling to receive the fragile Pfizer vaccine.

“In some cases, this may be the only practical means of distribution from clinics and for remote locations. This important update will help facilitate distribution to the final site of administration,” Moderna said in a statement.

Tesla is about to become the top S&P 500 stock