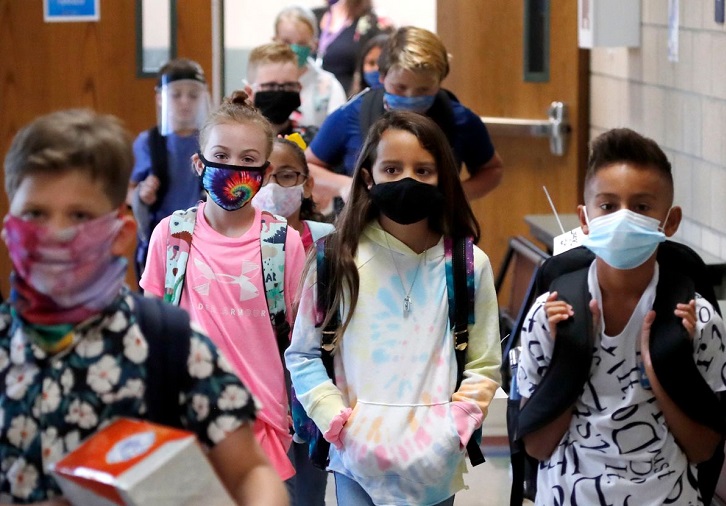 More than 17,000 students in the state signed up for homeschooling for the upcoming school year starting this fall, Arkansas Department of Education announced.

Although the number is lower compared to last year, it’s still much higher compared to all previous years and that’s because of the current surge in cases on a daily basis across Arkansas.

Sammanthia Lovell has three children in the Beebe School District and none of them are eligible to participate in virtual learning this school year.

“They are only allowing it 7th-12th grade, which are the grades that are old enough to get vaccinated. Kindergarten through 6th grade, there is no virtual option. So I have no choice but to homeschool,” said Lovell said.

She said the most important reason why she decided to not send her children to school is because the district didn’t enforce mask mandate in the schools.

“I only have one that is old enough to be vaccinated. The rest are younger and not able to be vaccinated. I have a baby who has been sick a couple of times with RSV and ended up in the hospital. We wanted to do whatever we could to keep all of them safe, but especially her,” she said.

She is not the only one feeling schools are unsafe with the current situation and measures. Many parents feel the same way and they all do whatever they can to protect their children and families.

According to the Department of Education spokesperson Kimberly Mundell, she won’t prefer one option over another, but she knows it will be tough for everyone involved in the process. She added that every parent should decide what is best for their children and to choose the right option.

“I am prepared. I am nervous because I want to do what’s best for them. It can be overwhelming, but there are lots of groups out there that can guide you if you have questions and make it easier for the transition,” she said.

Arkansas is one of the states with the lowest vaccination rates across the country. Since a month ago, the numbers are surging in every county as the Delta variant continues to spread.

New Covid-19 guidelines for students and teachers in Arkansas regardless of the vaccination status, and it’s not just the masks