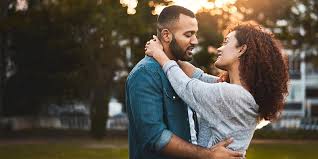 While Valentine’s Day is widely celebrated as a time for peak romance – and even marriage proposals – marriage isn’t the only way to achieve happiness and contentment for many Americans. Fewer than one-in-five U.S. adults say being married is essential for a man or a woman to live a fulfilling life, according to a Pew Research Center survey conducted in summer 2019.

The public places somewhat more importance on being in a committed romantic relationship than being married. About one-in-four adults (26%) say being in such a relationship is essential for men to lead fulfilling lives, and 30% say the same about women. Again, though, much larger shares see this as important but not essential for men (59%) and women (57%). Fewer people see this as not important.

How we did this

So what do Americans consider more important to leading a fulfilling life than marriage and being in a committed relationship? They’re much more likely to point to career enjoyment. A majority (57%) say having a job or career they enjoy is essential for men to live a fulfilling life, and 46% say the same about women.

Women are somewhat more likely than men to say being married is not important for a woman to live a fulfilling life (31% vs. 24%). Women and men hold similar views about whether this is important for men.

When asked about the importance of being in a committed romantic relationship, again there are differences by age. About one-in-five adults younger than 30 (19%), compared with 9% of those 65 and older, say this is not important for a man to be fulfilled. The pattern is similar with regard to women.

These findings come at a time when U.S. marriage rates, which had fallen steadily since 1960, have stabilized. In 2017, 50% of Americans ages 18 and older were married, down from 58% in 1990. At the same time, the share of Americans who have never been married has increased steadily in recent decades.

Cow cuddling: The latest therapeutic trend taking off in the US