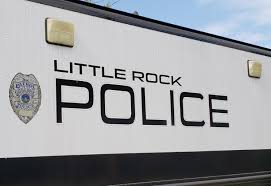 Arkansas – An 18-year-old was killed and multiple people were injured during a shooting in Little Rock early Wednesday morning.

According to a news release from the Little Rock Police Department, officers responded to a shooting in the 3500 block of Longcoy Street just after midnight. While en route, officers received another call about a possibly related car accident in the 4100 block of Ludwig.

When officers arrived, they discovered 18-year-old Dorian Withers, of North Little Rock, suffering from multiple gunshot wounds inside one of the vehicles. Withers was taken by ambulance to Arkansas Children’s Hospital where he died.

Officers found “several” more people who had been injured on Ludwig Street; two of whom were transported to local hospitals with non-life-threatening injuries, according to the release.

Homicide detectives responded and began conducting an investigation. Withers’ body has reportedly been taken to the Arkansas State Crime Lab for an autopsy.

This is an ongoing investigation. No more information was released.