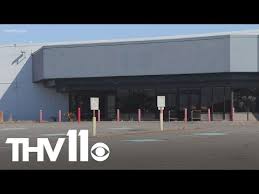 PINE BLUFF — While COVID-19 has slowed down or halted city projects across our state, one southeastern city is rolling out new developments left and right.

The old Walmart building in Pine Bluff has been vacant for about 10 to 15 years, but a new buyer has an interest and a vision that Urban Renewal Agency Executive Director Maurice Taggart believes will bring much more than entertainment to this city.

“This is just one domino that’s laid the foundation and set the stage for future development in the area,” he said.

It’s just the beginning of what city leaders like Taggart called a “bright future.”

“Over the last year and a half or so we’ve been aggressively reaching out to the private sector to try to get more investment here in the city of Pine Bluff,” he said.

Thanks to that aggression and the public-private partnership between Go Forward Pine Bluff and the Urban Renewal Agency, the old Walmart building was recently bought by Apex Cinema to transform the vacant 90 thousand square feet into a brand new movie theater.

According to Taggart, this is all part of a promise.

That commitment has also shown up in the downtown area where the streetscape is almost complete.

According to Taggart, vacant buildings are being remodeled to attract retail and restaurants to the area.

As a born and raised local business owner, Latisha Brunson said all the new developments are what the city needs, and now is the time.

“I am excited about what’s going on in Pine Bluff. There have been so many great things. I mean things we have never seen in the city,” she said.

Brunson’s business Style Invy is only a three-minute drive from the highly anticipated movie theater.

Not only will this bring traffic to her store, but Brunson believes it will also bring a whole new impact on the community.

“It’s only up from here, so I’m looking forward to all the great things that are about to happen in Pine Bluff and I’m glad that I have a small impact in my business to share in that,” she said.

Taggart said they are hopeful the theater will start breaking ground next year.

In addition to all of that growth, he said the city is also working on moving forward with downtown housing.

Man arrested in connection to weekend homicide in Pine Bluff