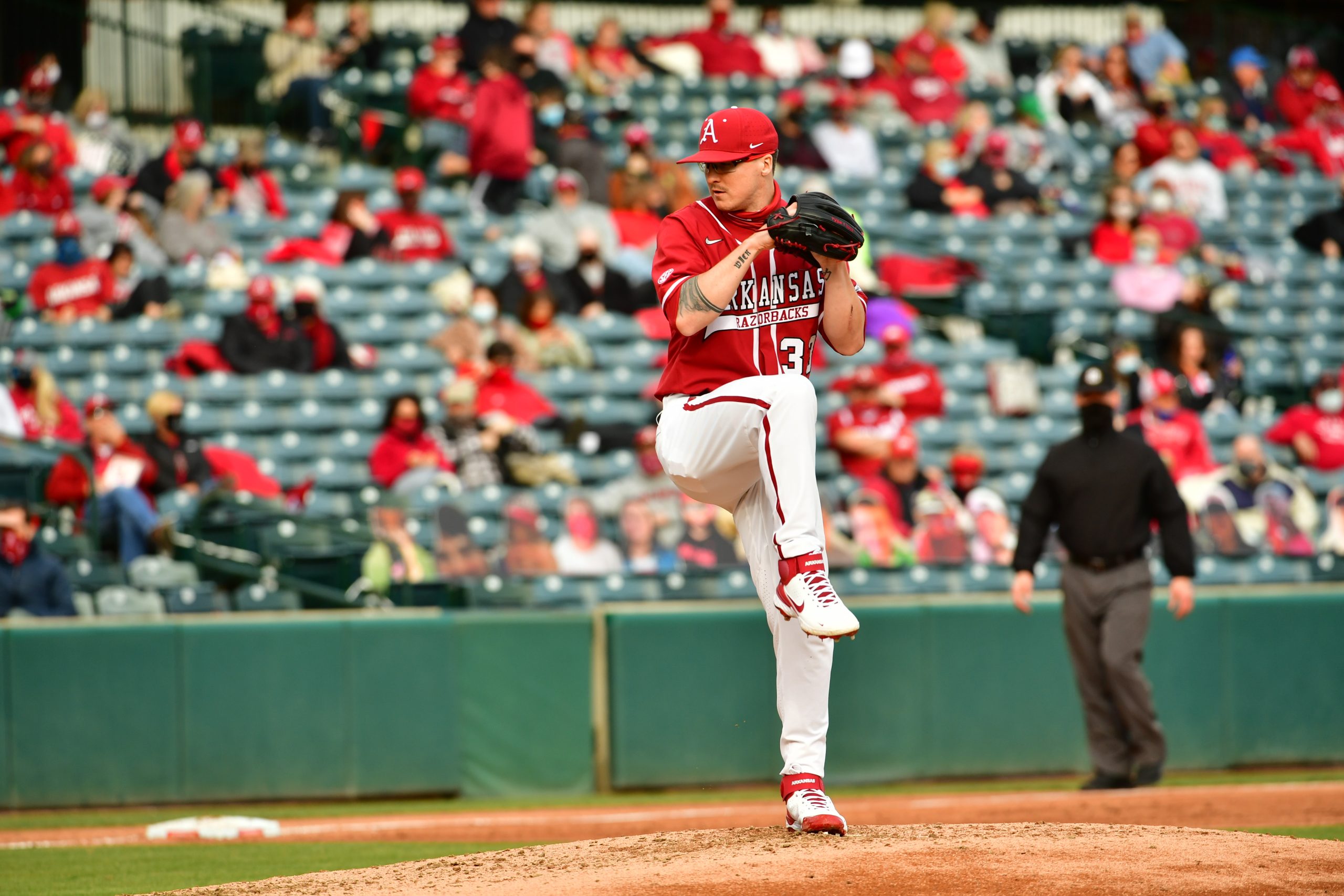 No. 1 Arkansas got an outstanding start from Patrick Wicklander and some power hitting to defeat No. 2 Mississippi State 8-2 on Friday night at Dudy Noble Field in Starkville.

The game started about as well as it could with the Razorbacks getting three solo home runs in the top of the first. After the leadoff hitter struck out, Matt Goodheart followed with a shot over the fence in right field. Cayden Wallace then followed with a home run to left. After a pop out, Christian Franklin then hit a solo shot over the fence in right field for a 3-0 lead.

In the top of the fourth, Franklin did it again. He hit a bomb over the fence in left field for a 4-0 lead. Cullen Smith walked, Casey Opitz singled and then Jalen Battles walked. That set up Robert Moore to hit a sacrifice fly to center field that plated Smith. However, Battles was thrown out trying to get to second base. Then Braydon Webb struck out to end the inning with the Hogs up 5-0.

In the fourth, the Hogs knocked Mississippi State starter Christian MacLeod out of the game. He went 3.2 innings, allowed six hits, five runs (all earned), walked two, struck out four and allowed four home runs. He was replaced by Stone Simmons.

The Bulldogs scored a run in the bottom of the fifth off Wicklander. Peyton Pallette came in to pitch the bottom of the sixth. Pallette pitched four innings to get the save. He allowed 2 hits, one run (earned), walked one, hit one batter, threw 56 pitches with 40 strikes.

The Hogs added another run in the top of seventh. Battles started the inning off with an infield hit. Then with one out, Webb walked. Goodheart followed with a single to score Battles from second. After Wallace was out, Brady Slavens singled to right field to score Webb for a 7-1 lead.

Arkansas kept scoring in the ninth. Webb reached on an error to start the inning. Webb stole second and then reached third on wild pitch. Wallace walked and then Slavens singled to right field to plate Webb.