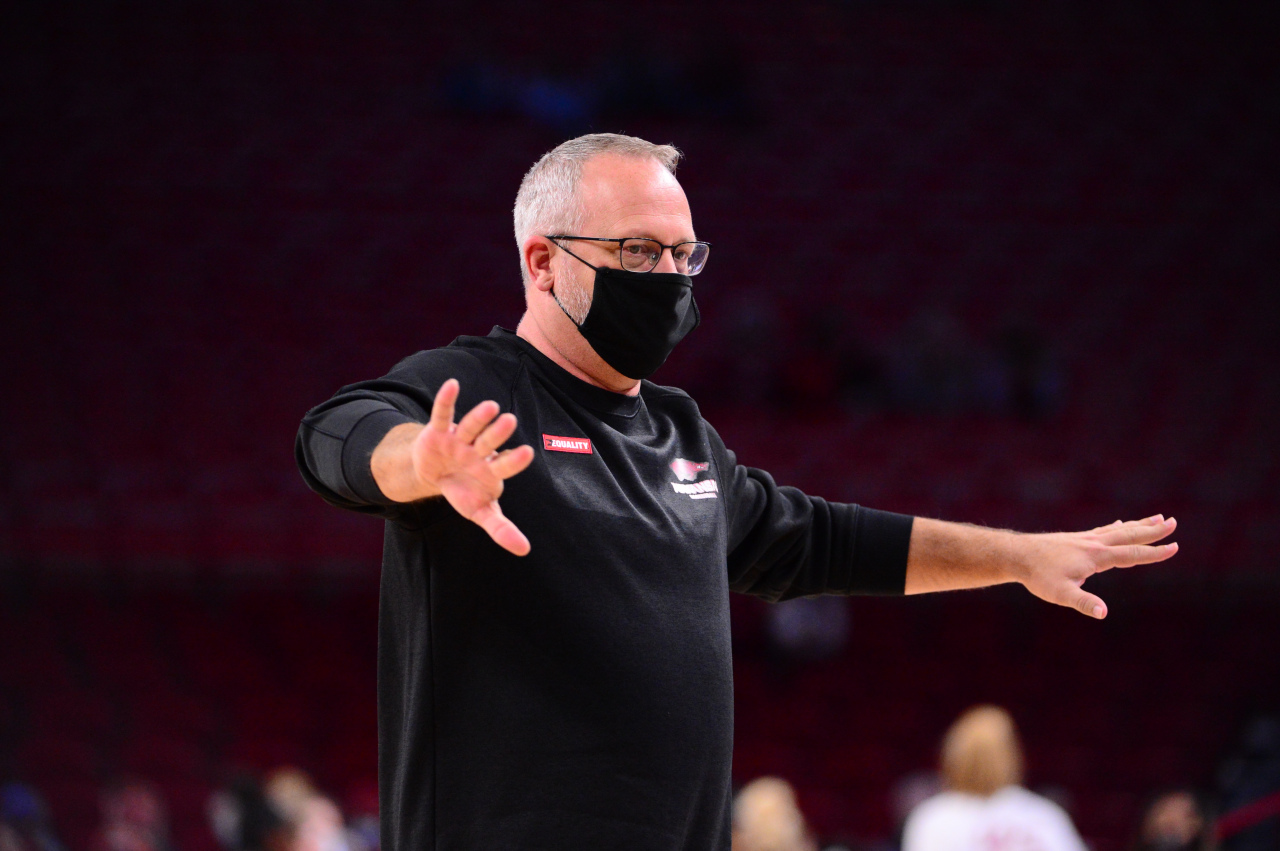 LITTLE ROCK — In the middle matchup of a 3-consecutive-game run against in-state schools, No. 12 Arkansas made the relatively short drive to Pulaski County for a second season in a row to pick up another win, 80-70, against worthy mid-major Little Rock on Saturday at Jack Stephens Center.

Unlike last season when they defeated the Trojans by 33 points, this time the Razorbacks had a greater challenge while grinding out the victory as senior guard Chelsea Dungee scored a team-high 18 points to push the Razorbacks to their final winning margin of 10 points. Dungee was sizzling shooting the 3-ball, making 5-of-7 from distance as part of her 6-of-11 overall field goal performance. She also had 4 rebounds, 2 assists, and 1 block.

The Razorbacks (8-1) have won five consecutive games, including a 47-point home win over Central Arkansas in their previous contest played last Sunday. The winning streak includes an 83-78 home win over then-No. 4 Baylor in the SEC / Big 12 Challenge on Dec. 6. Next up for Arkansas is a third straight game against an in-state opponent as the Hogs will host Arkansas-Pine Bluff on Monday.

Little Rock (4-3) was also coming off a win over Central Arkansas — a 60-50 road victory on Wednesday — as the top-tier Sun Belt team also boasts wins over Memphis, Vanderbilt, and Western Kentucky.

Arkansas has now beaten Little Rock in back-to-back seasons in the Trojans’ backyard, which includes an 86-53 Razorbacks’ win on Dec. 21, 2019, at Simmons Arena in North Little Rock. Dungee also led the way in the runaway win a year ago with 21 points and 8 rebounds.

But the Hogs were challenged on Saturday and were outscored 19-12 in the second quarter as Little Rock pulled within seven points at the break, 38-31. The Hogs doubled their lead through 3 quarters and led by as many as 17 points, 67-50, on Dungee’s triple at the 7:55 mark of the 4th quarter. From there, Arkansas maintained a double-digit lead until the final minute when Little Rock pulled within 8 points, 78-70.

Senior guard Destiny Slocum had 16 points (13 in the second half), 5 rebounds, and 4 assists, and sophomore guard Makayla Daniels contributed 11 points (all in the first half) on 4-of-7 field goals, including 2-of-3 from 3, and 1-of-2 free throws, to go with 3 rebounds and 2 assists. Senior guard Amber Ramirez scored 10 points on 3-of-6 shooting from 3 and 1-of-2 free throws. Little Rock native and sophomore forward Erynn Barnum finished with 8 points and 6 rebounds off the bench.