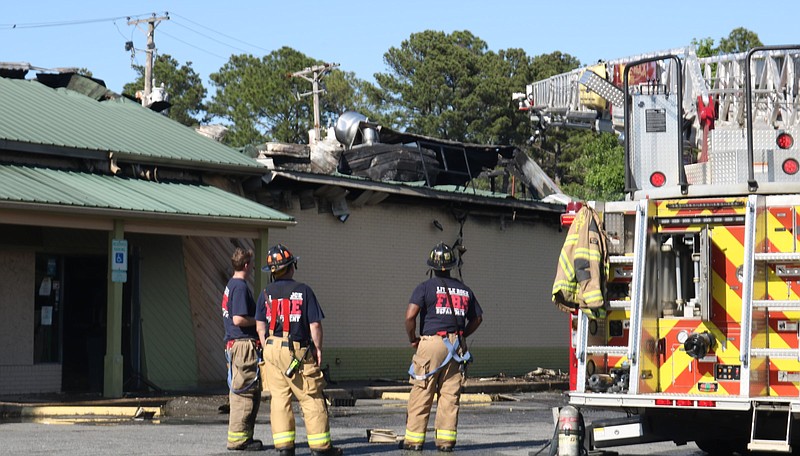 Capt. Doug Coffman said the department was called just before 3 p.m. and responded to the 7601 Geyer Springs Road location of the Sims chain where the fire had already broken through the roof of the building.

According to Coffman, the fire was too intense for firefighters to get into the building.

“They tried to go in and make an offensive attack on it, go from the inside, but it was just too much fire,” Coffman said. “So they ended up setting the ladder truck up.”

Coffman said he did not know whether customers were inside at the time the fire began but that no one was injured.

The fire was put out by 5 p.m., and a preliminary assessment of the fire by the fire marshal concluded the fire was likely non-suspicious, Coffman said.

The chain also has two other sites in Little Rock, one at 2415 Broadway and another at 1307 John Barrow Road.