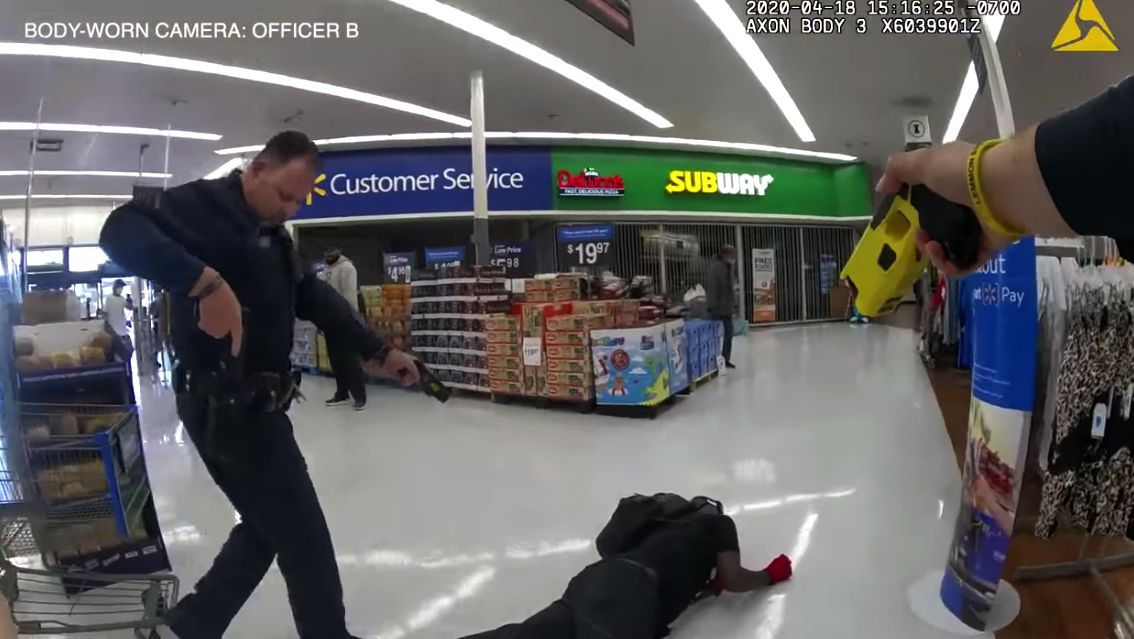 SAN LEANDRO, Calif. – A San Leandro police officer was charged Wednesday with voluntary manslaughter in the shooting death of a Black man inside a Walmart store in April.

Fletcher had responded to a call about an alleged shoplifter inside the store who was holding a baseball bat.

“I believe Officer Fletcher’s actions, coupled with his failure to attempt other de-escalation options, rendered his use of deadly force unreasonable,” O’Malley said.

Fletcher has been on paid administrative leave since the shooting, said San Leandro police Lt. Ted Henderson. The officer will be arraigned Sept. 15.

In a statement, Police Chief Jeff Tudor said, “I know the loss of Steven Taylor has deeply affected this community. Today, the District Attorney has charged Officer Jason Fletcher with voluntary manslaughter. It is important that we allow the judicial process to take its course.”

The officer’s attorney Michael Rains said he was “deeply disappointed” by the charges. He said prosecutors have “essentially succumbed to mob rule.”

He said officers shouldn’t have to wait until they are attacked with a deadly weapon like a baseball bat before defending themselves.

Prosecutors say Fletcher did not wait for backup and instead grabbed the bat from Taylor, shot him with a Taser then shot him in the chest with his firearm, all in less than 40 seconds.
Related Topics:
Up Next