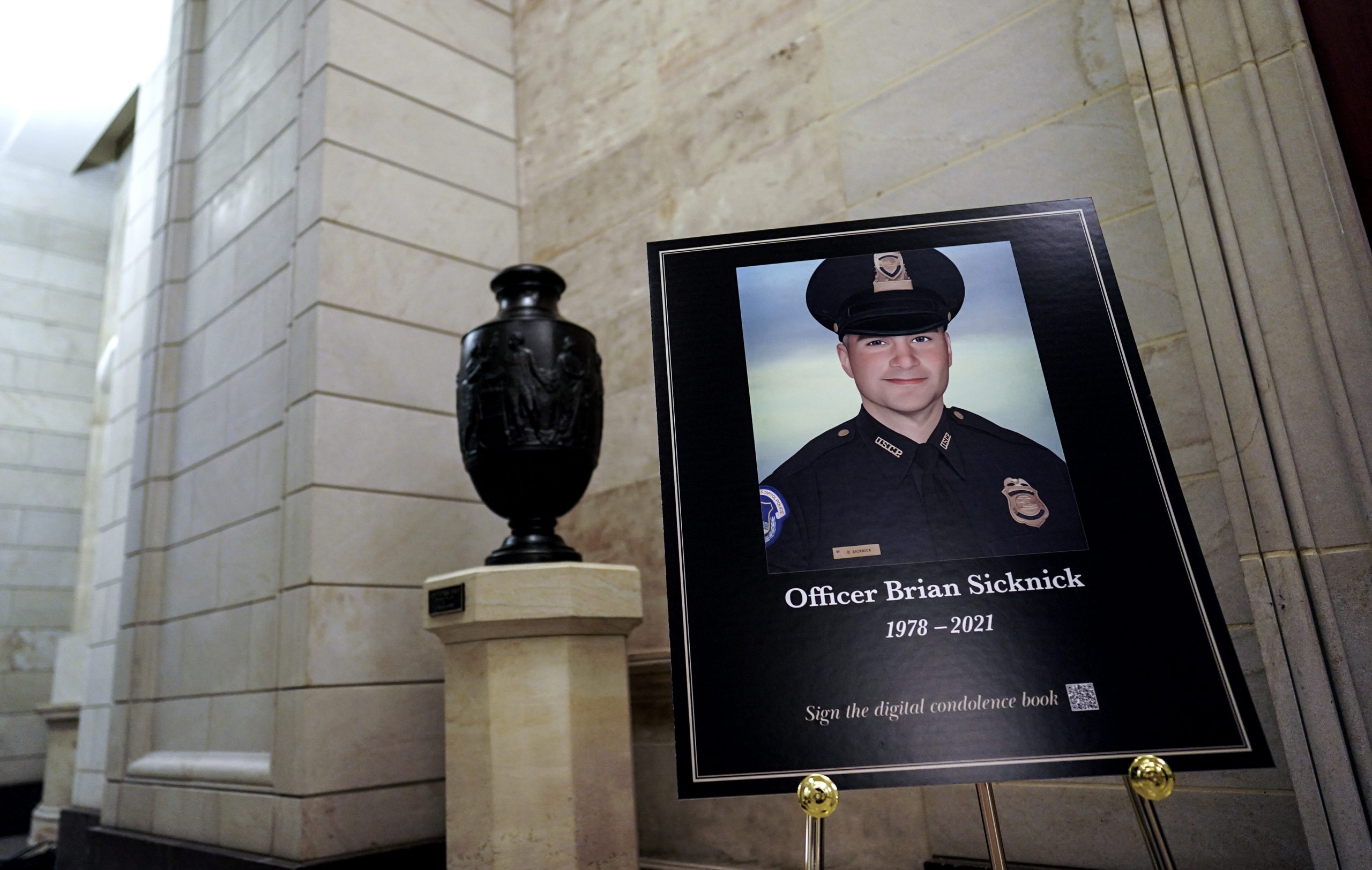 Washington US Capitol Police Officer Brian Sicknick suffered strokes and died of natural causes one day after responding to the January 6 insurrection at the US Capitol, Washington DC’s chief medical examiner has determined.

The medical examiner, Francisco Diaz, didn’t note any evidence that Sicknick had an allergic reaction to chemical spray or list any internal or external injuries, according to The Washington Post, which first reported the ruling. Still, Diaz told the newspaper that “all that transpired” on January 6 “played a role in his condition.”
The ruling all but ensures that the Justice Department won’t be able to pursue homicide charges in Sicknick’s death. In March, two men — Julian Elie Khater, 32, of Pennsylvania, and George Pierre Tanios, 39, of West Virginia — were arrested and charged with assaulting Sicknick.
Attorneys for Khater and Tanios declined to comment to CNN in response to the Post report.
The pair traveled together to DC for the pro-Trump rally and have been charged with 10 criminal counts including conspiring to injure police and assaulting officers using a dangerous weapon. The charges have never connected the assault to Sicknick’s death, and prosecutors have not sought to hold any rioters accountable for murder.
Prosecutors say Khater and Tanios brought bear spray that wasn’t intended for use toward humans to Washington, DC, then Khater grabbed it during the siege in retaliation toward police protecting the Capitol building.
Both defendants have pleaded not guilty.
Capitol Police said in a statement Monday that the department “accepts the findings from the Office of the Medical Examiner, but this does not change the fact Officer Brian Sicknick died in the Line of Duty, courageously defending Congress and the Capitol.”
“The Department continues to mourn the loss of our beloved colleague. The attack on our officers, including Brian, was an attack on our democracy,” the statement said.
The Justice Department has charged more than 100 defendants for assaulting officers during the riot — and in many cases have used police body camera and surveillance video to show the gruesome attacks to judges. More than 80 US Capitol Police, who work for the federal government, and more than 60 Metropolitan Police, who work for the city, were assaulted, the DOJ said last week.
In videos shown in court previously, Sicknick and other officers whom Khater sprayed can be seen lurching away as they are hit in the face. Sicknick can be seen walking by himself, stopping to put his hands on his knees on the steps of the Capitol. The clip has not been released publicly aside from being played in court once in March.
In court, lawyers involved have made clear that Khater spoke extensively to investigators already. Khater and Tanios have been in jail since their arrests more than a month ago.
Determining what happened to Sicknick on January 6 has been a focus of the Capitol riot investigation for months.
Initially, the Capitol Police said in a statement he died “due to injuries sustained while on-duty,” and prosecutors were pursuing a murder investigation.
Government leaders, including from the White House and the acting House Sergeant at Arms, acknowledged he died in the line of duty, and then-acting Attorney General Jeffrey Rosen said Sicknick “succumbed” to injuries “he suffered defending the U.S. Capitol.”
“The FBI and Metropolitan Police Department will jointly investigate the case and the Department of Justice will spare no resources in investigating and holding accountable those responsible,” Rosen said in the days after the attack.
But by February, the investigation had stalled because of lack of evidence of any fatal injury, CNN previously reported.
By that time, medical examiners had not found signs of blunt force trauma — dispelling reports that Sicknick had been struck by a fire extinguisher — and were still looking at the possibility of a preexisting medical condition or whether he became ill after being hit with the bear spray.
In February, President Joe Biden paid his respects to Sicknick as his remains were lying in honor in the US Capitol Rotunda. Sicknick’s family released a statement at the time thanking “congressional leadership for bestowing this historic honor on our fallen American hero.”
“We also wish to express our appreciation to the millions of people who have offered their support and sympathies during this difficult time. Knowing our personal tragedy and loss is shared by our nation brings hope for healing,” the statement said.
Related Topics:featured
Up Next