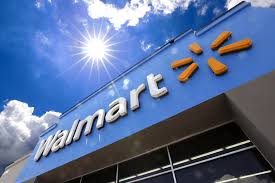 The statues will be placed at the U.S. Capitol’s National Statuary Hall Collection, the Arkansas Democrat-Gazette reported. Last year, legislation was passed to replace the statues of late attorney Uriah M. Rose and the late U.S. senator and Gov. James P. Clarke.

Anne Hatfield, a Walmart spokeswoman, said the company supports the state’s decision to honor the Arkansas.

“We are pleased to support the state’s action with a gift to the Foundation for Arkansas Heritage and History to help make these new statues a reality,” Hatfield said.

The nonprofit, which supports the Arkansas Division of Heritage, will be collecting any private donations for designing and creating the statues. Donations will be given to the secretary of state’s office, said Melissa Whitfield, a spokeswoman for the state Department of Parks, Heritage and Tourism.

Kurt Naumann, director of administration for Republican Secretary of State John Thurston, said the aim is to raise about $400,000 to $500,000 before Thurston’s office issues separate requests for qualifications for sculptors to create the statues.

Naumann added that the office has an unfunded appropriation of $750,000 for the project.

Coronavirus in Arkansas: Governor, Secretary of Health give details on rise of cases over the weekend