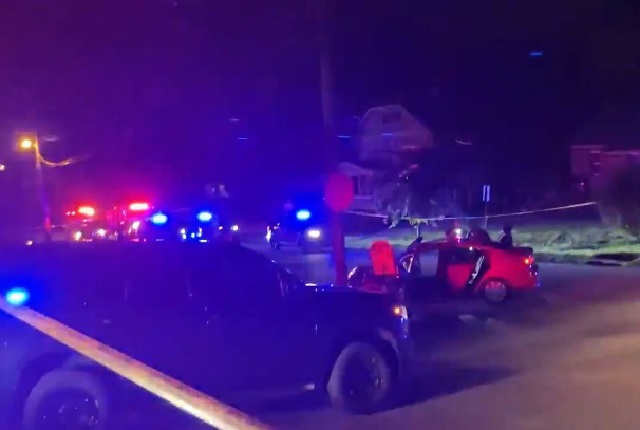 According to the police report, the shooting took place around 9:30 p.m. and officers were dispatched to the 24th and Marshall.

First responders say the car crashed following the shooting. Numerous shots were fired at the scene.

The identities of the victims were not released by police.

There is ongoing investigation that should reveal what led to the shooting. According to police, there are no suspects at the moment.

This is a developing story, stay with us for more details when available.