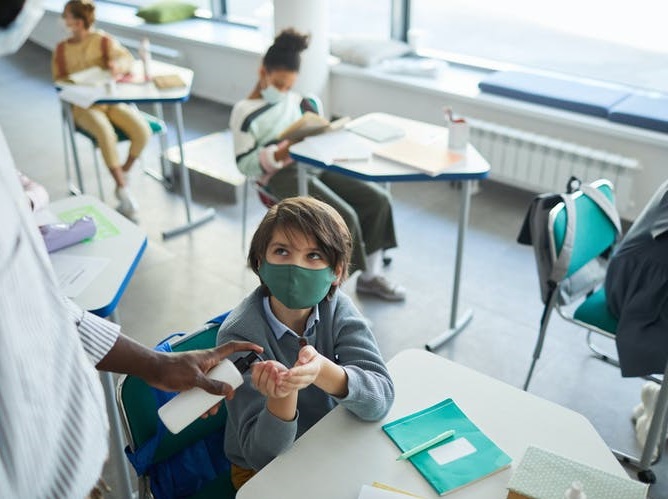 One more Arkansas school decided to implement the mask mandate in their facility after a judge ruled out the law that was banning mask mandates in schools.

The Harmony Grove school board in Camden voted Thursday to reverse the school’s mask mandate.

In a video announcement, the school principal Jeff Mock said that the mask mandate was passed with 4-3 vote in favor of the mandate. He went on to say that parents are now “free to choose for your students.”

He urged parents not to let their children come to school if they have any visible symptoms of the virus. With the latest decision, every parent can now choose if their child should wear a mask while in school.

At least 60 public school districts and charter schools in the state approved to have a mask mandate after a judge prevented the state from enforcing a law banning schools and governmental entities from requiring masks.

As we already reported, the ruling came just hours after law makers decided to not to accept Gov. Hutchinson’s request to allow some school districts to implement mask mandate.

In a recent announcement, Hutchinson even said that he regrets singing the law in first place, but at the time when the law was signed the number were pretty low with no actual threat to the public.

Mandates have also been issued by the state’s largest public universities. The University of Arkansas system’s governing board directed its campuses to impose mask requirements. Masks are also being required indoors by the University of Central Arkansas, Arkansas Tech University and Arkansas State University.

Hospitals in Arkansas about the reach the breaking point; workers shortages, low to no ICU available and increased operations