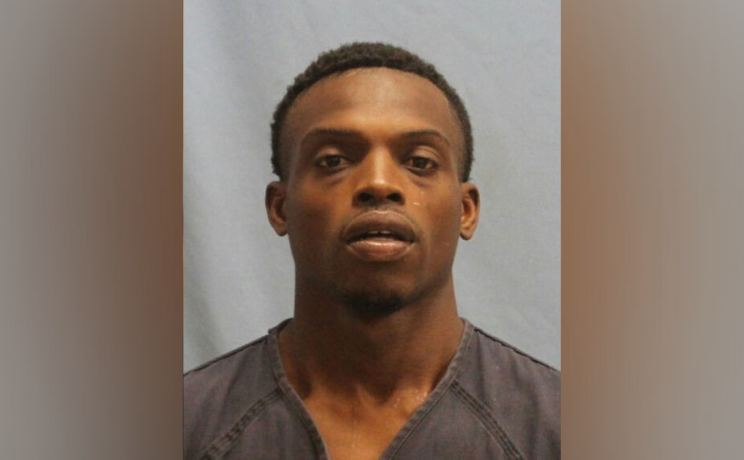 Jacksonville, Arkansas – One person who confronted Jacksonville police officer while he performed a traffic stop on Monday was arrested.

According to police reports, the suspect identified as the 30-year-old Joseph Morant was stop for a regular traffic stop in the Sonic parking lot at 1808 W. Main St. The suspect, who is well known to the local police department for this several felony warrants for theft of property, identified himself as “Jarvis Morant.”

Lt. James Brady, the officer who conducted the stop, asked the driver to put his hands on his head but the suspect didn’t comply, drove in reverse and hit the officers’ patrol car.

He then tried to put the car in drive mode, but allegedly stressed of the situation, put the car in park and Lt. Brady was able to tase Moran in the torso.

Despite the officers’ effort to make Moran comply with their orders, he somehow managed to run from the vehicle existing from the passenger side window. Lt. Brady was able to hold on to Morant’s shirt to prevent him from getting away. That’s when an unknown male grabbed Morant and officers were able to take him to the ground.

Morant still tried to fled the scene in multiple occasion, but officers once against used their taser and his was finally arrested and taken in custody.

Morant was charged with obstructing governmental operations, resisting arrest, fleeing, first-degree criminal mischief, possession of a controlled substance, possession with purpose to deliver, and felony theft. He was also issued multiple traffic citations including driving on a suspended license.

Meanwhile, a bystander posted a video of the incident on social media, but it was only part of the story. The public jumped into conclusions and slam them authorities how they are using excessive force. However, body-cam and dash-cam videos of the incident were revealed by the police department, clearly showing how officers in this situation were.

The department said that with any incident, they are examining the officer’s actions closely to make sure they were acting according to policy and not violating the rights of any citizen.

Mentally ill woman admits racially profiling a boy and a girl and attempt of killing them, will spend the rest of her life in prison