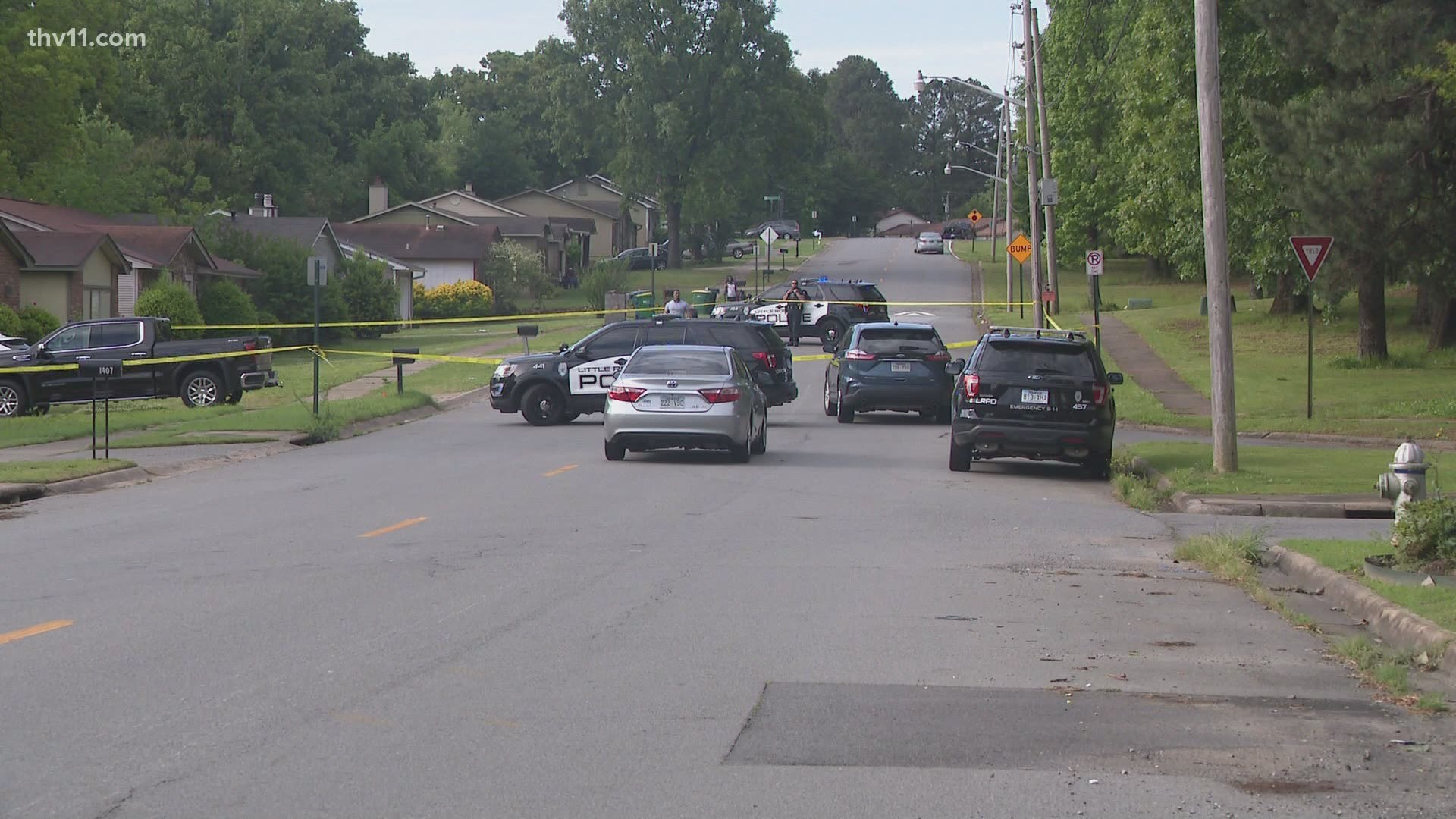 LITTLE ROCK, Ark. — The Little Rock Police Department tweeted out Saturday morning that one person was injured after a police shooting.

According to police, officers responded to a “driving without owner consent” call on the 1400 block of Cleveland Street.

He was asked to submit proof of ownership. Police then say he “attempted, but eventually stalled” and that he “began to dispute with officers.”

The man reportedly “grew more aggravated” as the officers talked with him.

The man was then asked to leave the vehicle as the officer on the passenger’s side began to move to the driver’s side. Police say he then attempted to drive the car away from the scene.

Police say the “moving officer” had their weapon drawn as the driver tried to close the door.

“The officer’s hand and weapon became stuck in the door,” the police said. “During the struggle, the weapon was discharged.”

The officer was reportedly dragged 15 to 20 feet before he was able to free himself.

Police were able to find the vehicle a short distance away after it wrecked.

The man was found inside the car suffering from a gunshot wound to the leg.

An official internal and criminal investigation is underway in the shooting.

The man was reportedly in critical condition while one officer sustained minor injuries.