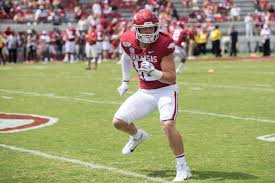 Editor’s note: The COVID-19 pandemic and its impact on sports is unprecedented, and its effect on the 2020 college football season is unclear. This story is part of a continuing series that serves as an annual offseason assessment of Power 5 and top Group of 5 teams.

FAYETTEVILLE, Ark. — After years of struggle and losing seasons, Arkansas finally feels like a football program that has hope for the future. Instead of sitting stagnant, which is what the past few years felt like, the Razorbacks are trying to start the upward climb out of the lowest depths of the SEC.

The Razorbacks have undergone a lot in the past eight months. Head coach Chad Morris was fired in November after winning just four games in two years and having his team quit on him midseason. Sam Pittman was hired a month later, and the vibe around the program changed drastically.

Despite Pittman’s lack of head coaching experience at the Division I level, he’s inspired…