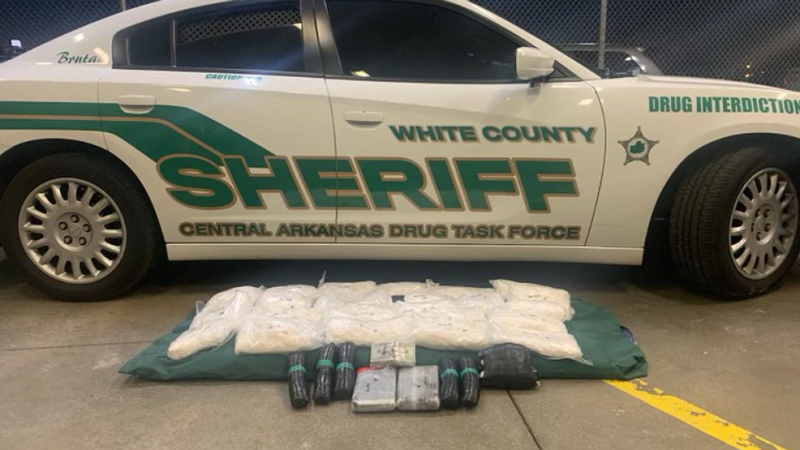 Little Rock, Arkansas – After a traffic stop, on Tuesday Deputies in White County seized more than $3 million worth of methamphetamine and suspected fentanyl.

According to the sheriff’s office, the traffic stop happened between Searcy and Judsonia. When deputies began to search the vehicle, a “substantial quantity of narcotics” was found.

Rodela and Flores were then arrested, the sheriff’s office said.

According to the sheriff’s office, deputies then took the vehicle to do a more thorough search. During the search, investigators found 62 pounds of methamphetamine, 24,000 opiate pills suspected to be fentanyl, and $4,991 in cash. The contraband was reportedly hidden in the bodywork and doors of the vehicle in 1-kilogram packages.

The street value of the seizure to be around $3,275,000., the Central Arkansas Drug Task Force estimated. Rodela and Flores were being held in the White County jail.