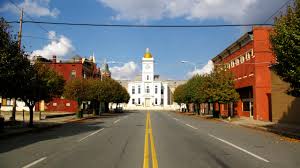 Pine Bluff Mayor Shirley Washington said Friday that the city-wide curfew, which has been in effect since late March will expire on Monday, June 1 and there are no current plans to continue it.

Appearing on the Oldies 101.3 morning show with Greg Horne and Will Jenkins, Washington said there have been a few problems, particularly large gatherings of young people on a few weekends but overall, she said she believed most residents respected the curfew.

Groups of up to 50 are allowed to gather now, according to a directive from Governor Asa Hutchinson who in his daily COVID-19 updates has encouraged people in the state to observe social distancing to prevent the spread of the virus.

Washington said the city will take the same approach.

Washington said she believed that at some point, the Dollarway and Pine Bluff School Districts will merge but whether the merger also includes the Watson Chapel District “remains to be seen.”

She said she may not see it in her lifetime but she believes that one county-wide school district will happen.