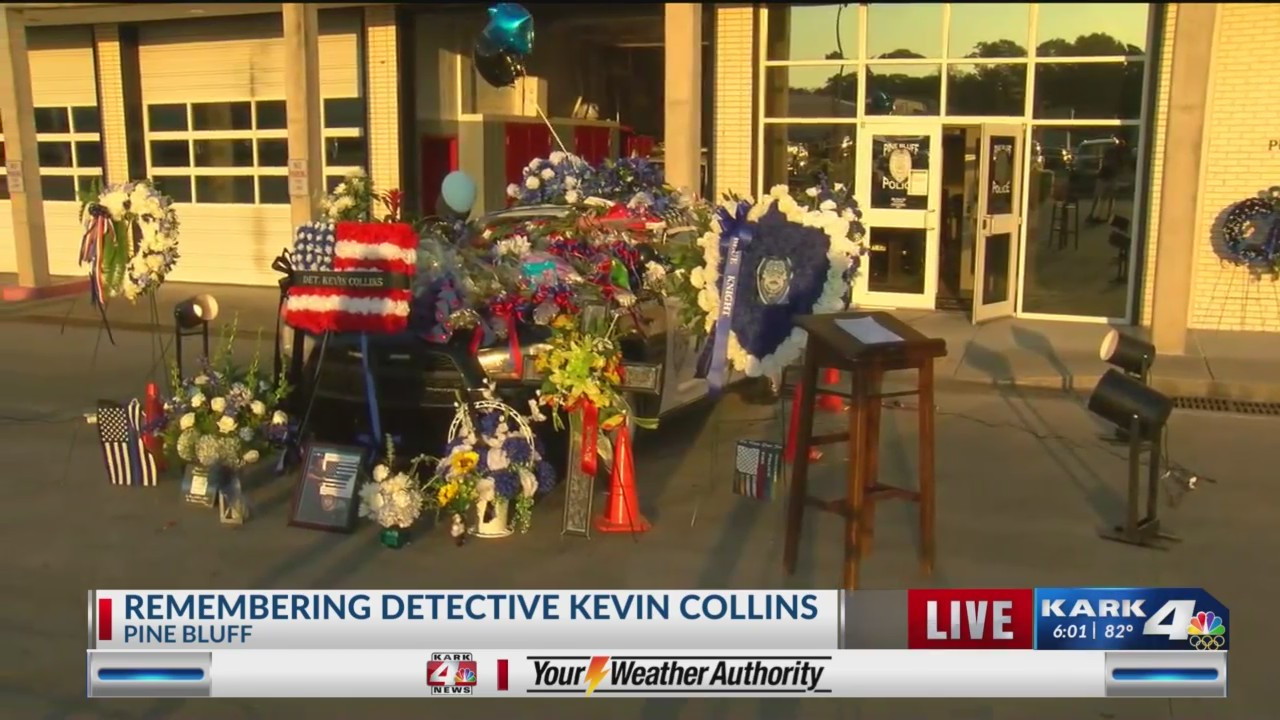 Pine Bluff, Arkansas – The impact detective Kevin Collins had on the community is beyond words. The memorial outside of the police department continues to grow as more people stop and show love and support.

We continue to learn about the 5-year-veteran after speaking with his family.

“From little kids to older adults, Kevin impacted and touched everybody whenever it was possible,” Mother Dornetta Collins-Hobbs said.

35-year-old Collins was born and raised in the city of Pine Bluff. His mother said he went to elementary, middle, and high school and college in the city.

Collins-Hobbs describes her son in one word.

“He was so excited,” Collins -Hobbs said. “And when Kevin was awarded the position. We hugged and we prayed about it.”

She said he loved law enforcement.

“Kevin has wanted to be a law enforcement officer since he was three years old, so my baby died doing his dream job,” Collins -Hobbs said. “He was serious about protecting and serving the community of Pine Bluff.”

Collins worked in the violent crimes unit and was named officer of the year in 2017.

“Very unusual but that was a witness to his dedication and his hard work,” Collins -Hobbs said.

Collins -Hobbs told us another thing that people might not know about her son.

“Kevin was a big jokester, he kept us laughing,” Collins -Hobbs said. “I mean he just off the top of his head say things that were just so funny. So laugh and live is what I saw in my son.”

People in the community said they plan to continue to do what they can to honor Detective Collins. More events are planned for Thursday and Friday.