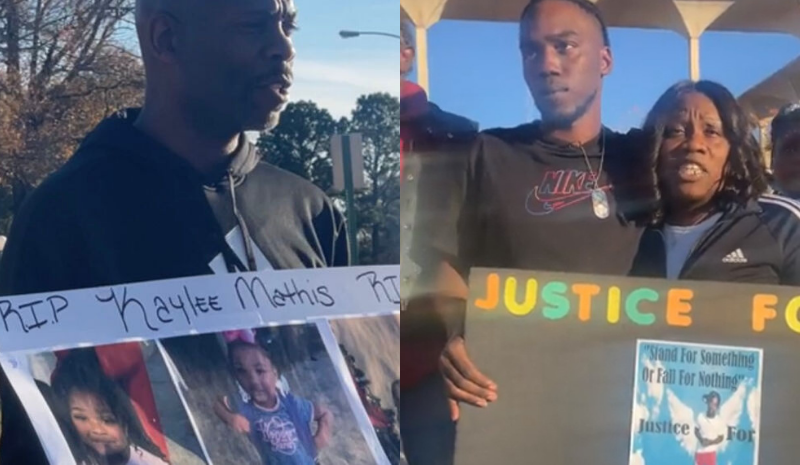 Pine Bluff, Arkansas – Arkansas and Pine Bluff are seeing increasing number of violent crime cases in the last couple of years and this number reaches record high number every year.

That is, understandably, concerning trend and the local community is seeking answers from the local authorities about the rising numbers of people shot, especially from the local police officers.

Total of eleven people were shot and injured and two people were killed during the University of Arkansas at Pine Bluff’s homecoming weekend in October. One of them was the 21-year-old Marquarius Williams who was shot to death.

“Everything is so hush-hush. We’re not getting any answers,” Katina Wright, a family member of Williams, said.

According to Wright, her family relative was shot the fatal night by local police officers and Williams’ cousin recorded the incident.

“It hurts. It makes me mad. It makes you angry, because if we can’t depend on you guys and we can’t get any answers from you, what are we supposed to do?” Wright asked.

“Families here are here because they’ve all lost loved ones to homicide. Can you call the detectives division? They’re busy,” Cannon said.

Cannon believes that the local police department isn’t communicating with the local community and that is one of the major reasons for the current situation across the city. He went even further claiming that police are sometimes covering up crimes because they know or are related to the perpetrators.

Cannon requests changes in the policing culture and is one among the many asking the officers to change their attitude.

“The majority of our officers here are hard-working. They’re dedicated and they’re very concerned about protecting the citizens in this town,” Franklin said.

But Franklin also looks forward to improve the general activity with the department.

“Do we plan to improve? Of course, we do,” Franklin said. “We have cases where people are being shot up in Pine Bluff and most people know who is shooting and know why they’re shooting at them, but we can’t force those answers out of people.”

“One of the things that I’m trying to do is change the culture within the police department and make our officers understand that we have to do a better job as to how the public looks at us as a police department,” Franklin said.

Additionally, Franklin said he knows what it’s like to lose a loved one. He also added that the October fatal shooting case is still under investigation by the Arkansas State Police. Once more details about the case are available, he promised to share them with the public.

Franklin also encourages everyone interested to join the Pine Bluff Police Department saying that they have more than 30 open job positions. With filling those positions, the response time will be lowered and the general public safety will be improved.