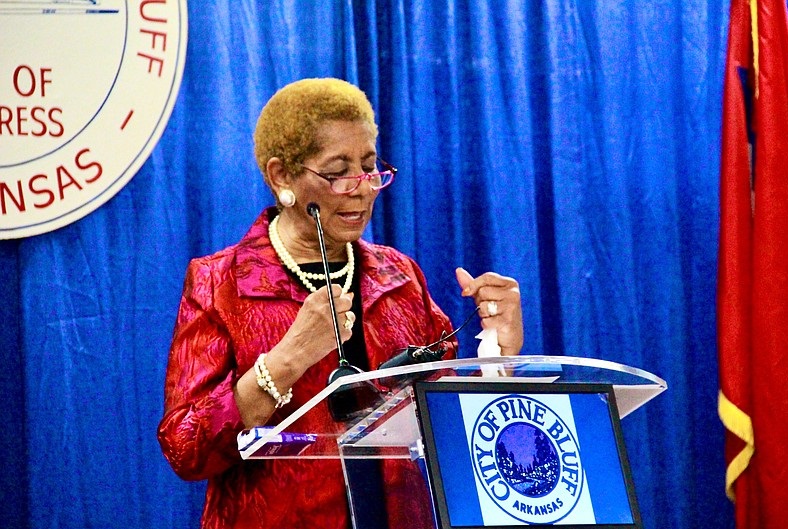 Pine Bluff, Arkansas – Mayor Shirley Washington gave the announcements on Monday, June 7th before the start of the City Council meeting beginning with a grant from the 2021 babies initiative in the amount of $10,000. Mayor Washington explained what the initiative is and how it benefits the youth in Pine Bluff.

The Mayor went on to announce the new Aquatics Center Director Farrin Cain who has been in his role for only a month. Cain gave his remarks about the current progress that the center has made since May.

The Learn to Swim Program has already had both June and July slots full, with another chance to sign-up in August. Cain also explained how members could join the swim team for the city which is under the Aquatics center. He further explained his goal for the swim team as well as his experience as a coach.

Cain also announced a big event that will be taking place at the center.

$25,000 bond was set for the Pine Bluff man who shot another man on Tuesday